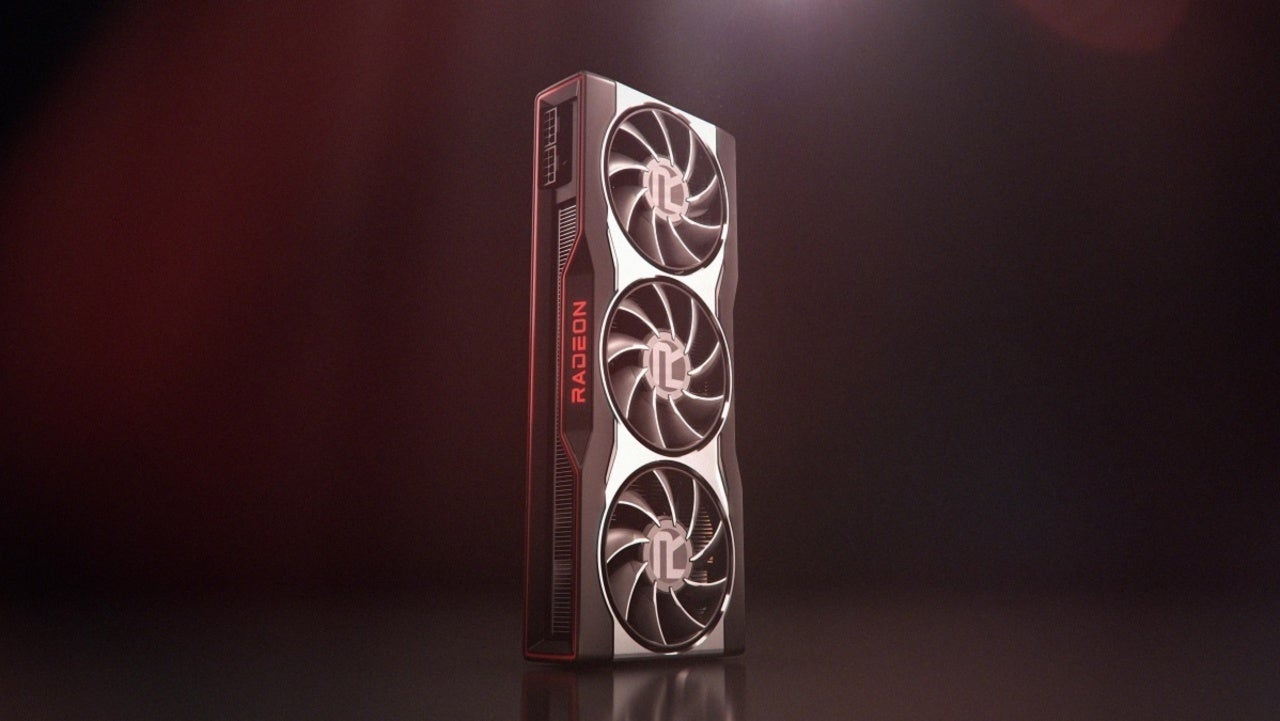 AMD is taking a different approach to show off the design of its upcoming graphics cards. To give people a fully viewable model to inspect, the company has created a world in Fortnite that houses a virtual model of the new Radeon RX 6000 series. By entering in the code provided by AMD, you can float around the in-game model to see what it looks like and observe its details.

The Fortnite marketing world was announced earlier this week when AMD shared the code for its creative island that’s inhabited by the graphics card model. To access the world, all you have to do is enter the code 8651-9841-1639 to be transported to AMD’s world. Once you’re there, you’ll find the graphics card model that’s impossible to miss.

Take a first look at the design of the new Radeon RX 6000 series. Our upcoming @AMD #RDNA2 graphics cards will feature a brand new cooler design, and you can study every angle yourself on our Fortnite Creative Island. 8651-9841-1639. pic.twitter.com/KGQAOXDivZ

You can spend as much time as you’d like checking out the card since it’s likely not going anywhere anytime soon. You can pick out some of the details of the card from the model, but we’ll inevitably be hearing more about the series soon from AMD since it’s being teased in Fortnite already.

For those who don’t have Fortnite and are interested in the card but not interested enough to download the game and check it out, others have thankfully taken the plunge for you. Some pictures shared online in response to AMD’s tweet showed different perspectives of the card and highlighted some of its details.

I can related to that. Fortunately I play Fortnite, so you do not need to thanks me for this higher quality pictures (epic preset).
1x HDMI (surely 2.1), 2x Displayport (surely 2.0) and USB-C.
Feel free to ask for more pictures. pic.twitter.com/NUlrcsam64

Outside of the AMD collab, Fortnite is still very much deep into its Marvel crossovers during Season 4. We’ve seen all sorts of leaks hinting at things like Venom skins and other unannounced cosmetics while Marvel-themed locations get added to the game periodically. The X-Wing glider’s arrival in the store gave players a brief reprieve from the Marvel content, but there’s still more to come throughout the season.

All the while, the legal battles between Epic Games and Apple are still going on as well. The latest on that saw the Apple sign-in option for Epic Games accounts extended indefinitely when it was previously said the option would be removed.