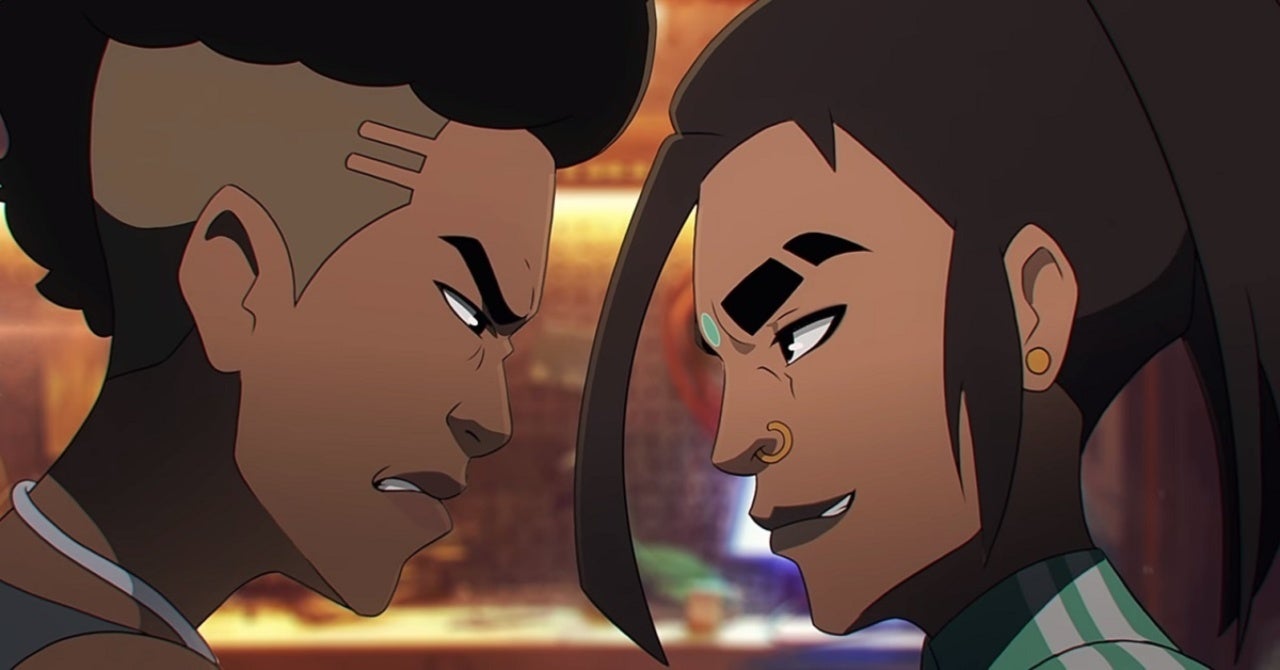 Respawn Entertainment shared a new Apex Legends cinematic from its Stories from the Outlands series to show off more of Rampart and tease the new Legend’s abilities and her backstory. We see a version of Rampart shown prior to the one we’ll see competing in the Apex Games and also see her interact with other Legends like Bangalore and Gibraltar who she knew before joining the competition. Through some stylish combat in the cinematic, we also get another peek at some of her abilities ahead of their full reveal.

The new Legend’s real name is Ramya Parekh, but she’ll be known as Rampart when she arrives in Apex Legends. As we’ve seen from past teasers that gave indications of who she knew and who she was friendly with before joining the games, she’s acquainted with Bangalore. The cinematic shows young versions of Rampart, Bangalore, and Gibraltar all sharing a drink in Rampart’s shop.

It’s in that shop that we get to see more of how Rampart deals with others and what she has at her disposal to give us a taste of her abilities. After setting off some traps in her shop, she reaches for the massive gun she was seen wielding in her reveal. It spits out ammo at a rapid rate of fire again, but this time, we can see more clearly that the big shield which made an appearance in the reveal trailer is definitely part of Rampart’s kit. It appears that it’s a one-way shield which allows her to shoot through it, but it prevents enemies from shooting back at her.

While running her own modding shop, Ramya Parekh (aka Rampart) built her rep in underground gauntlet circuits. But success has a way of making enemies.

Good thing she knows how to use all those fancy weapons she’s upgraded…😏 pic.twitter.com/GkgDGlqIfA

That points to at least two different parts of her kit, but we still don’t yet know what her exact abilities look like. We’ve definitely seen leaks shared in the past that attempted to figure that out, but nothing has yet been confirmed.

After having her shop destroyed by a character who looked way too important to just be a one-off catalyst in a cinematic, Rampart was invited to join the Apex Games.

As for the release of Rampart, it won’t be too long before players are able to not only see what she can do but control the Legend themselves. Both Rampart and Season 6 are scheduled to be available starting on August 18th which is just one week away now. That season will also include a new crafting feature that we still have to learn more about before the season’s launch.