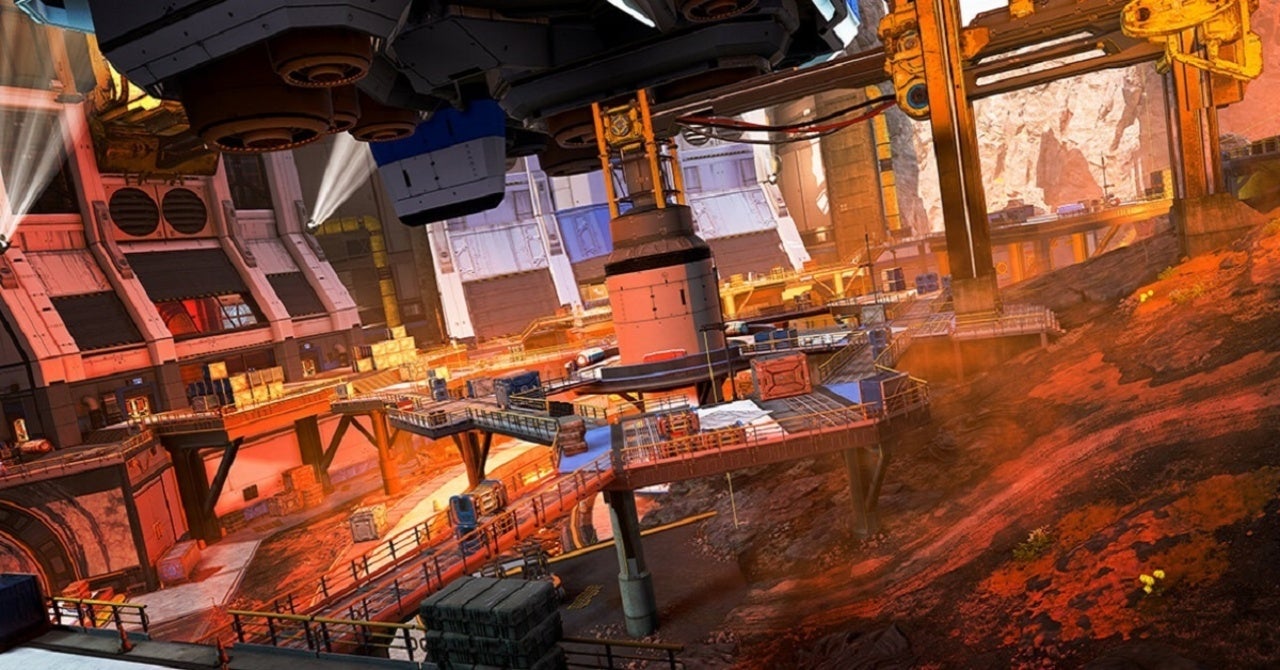 Season 6 is quickly approaching Apex Legends with another new Legend, Rampart, and a bunch more new features to look forward to. One of those most anticipated parts of Season 6 is the map reworks that come with every seasons. This time, we’ll see World’s Edge revamped with several known points of interest replaced by new ones which means we’ll have to say goodbye to some key parts of the map players have become accustomed to like the trains and the Mirage Voyage. Some notable new locations will litter the map in their absence to give players plenty of new areas to explore and master.

Many of World’s Edge’s map changes are grounded in the ongoing story of Apex Legends where Hammond Industries’ influence continues to spread. A lava field west of The Dome has been turned into the Launch Site location, for example, which Respawn said will open up new rotation options for players as they move around that area of the map.

Launch Site appears to be one of the bigger locations players will be able to traverse in Season 6, but it’s far from the only change. Drill Site is being turned into another Hammond Industries location called Countdown, and Staging will be a smaller location near the center of the map that’ll be situated in an area previously occupied by a town.

Read on to learn more about the map updates and changes coming when Season 6 launches on August 17. 👇

Throughout the Launch Site, Countdown and Staging areas of the map, players will find a new feature through the massive Blast Walls that protect the areas. There are ways to get around these player-operated walls either through paths at the bottom or by going over them if your team allows it, but if you get to them first, you’ll have a prime area to defend.

“The rising walls are a new map mechanic added to World’s Edge and can be found in Launch Site, Countdown and Staging,” Respawn said about the new mechanic. “Activating a panel will start the giant blast wall to rise, creating a defensible platform and permanently fortifying the position of whichever team was lucky enough to control it first.”

Along with these big map location changes, some smaller but still noticeable parts of World’s Edge are changing as well. The trains will be dismantled and strewn about the map with some more loot able to be found in the abandoned train cars and tunnels. Mirage’s ship, the Mirage Voyage, has also flown away, so players won’t be dropping hot on the trains or the party boat anymore.

Apex Legends Season 6 is scheduled to launch on August 18th.