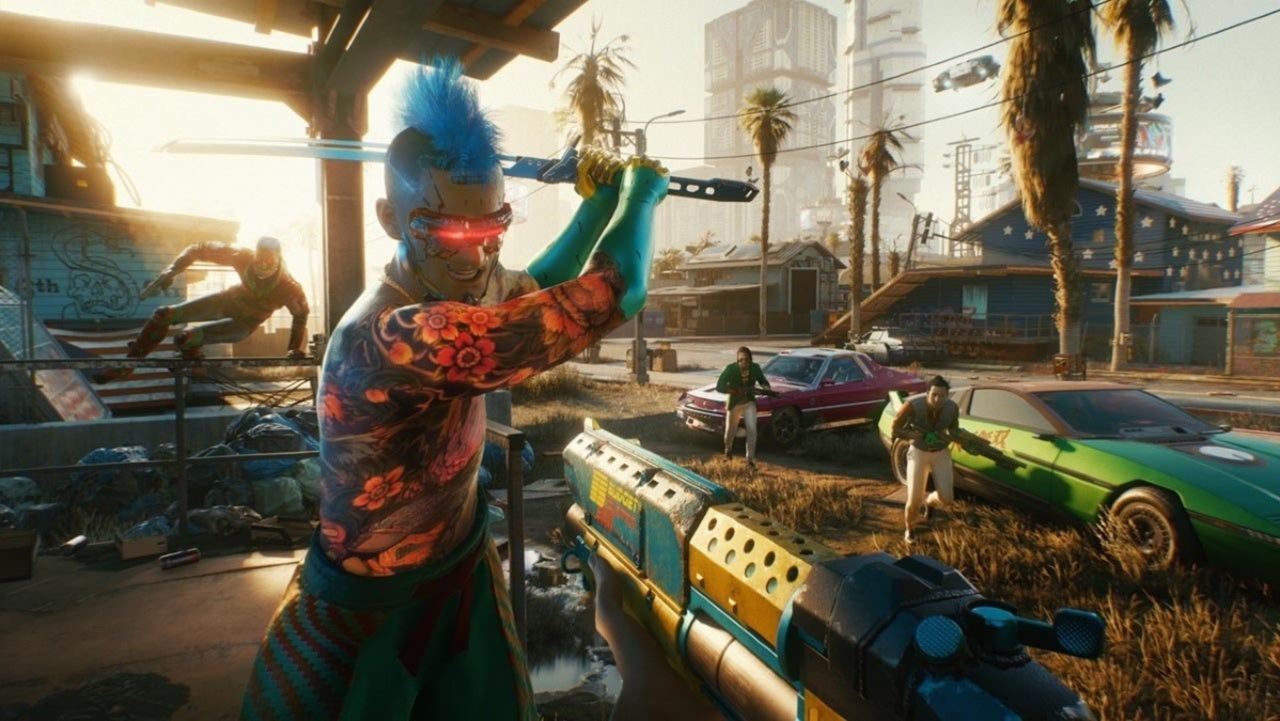 As part of today’s Night City Wire event, CD Projekt Red has revealed a bunch of new information about the weapons in the upcoming video game Cyberpunk 2077. In addition to a brief trailer showing off a bunch of them in action, the stream also went into some detail on the various iterations of weapons in the video game.

The trailer, which you can check out above, shows off different kinds of weapons and basic customization in action. According to the Night City Wire stream, there are three types of guns in the game: power weapons, tech weapons, and smart weapons. Power weapons are similar to modern weapons with the added ability to ricochet bullets. Tech weapons use electromagnetic power to punch through cover or walls. Smart weapons, last but not least, use guided missiles to track targets.

Tsunami Nekomata, Thermal Katana, Projectile Launch System… take a look at some of the weapons you’ll be wreaking havoc with in #Cyberpunk2077! pic.twitter.com/bjZXmUSpPN

“We’ve spent a considerable amount of time merging the RPG and the FPP side of our game,” said senior gameplay designer Paweł Kapała. “What the player will experience is that V changes from a small-time mercenary to a legend in the world of Night City. V becomes more and more proficient in using weapons as the game progresses. So they will see that reload times become shorter, the accuracy of your weapons grows, you will have faster aiming time, you will move faster with your weapons… Everything becomes more in your control, and that gives you more opportunities to defeat the biggest encounters that we’ve designed for you.”

Cyberpunk 2077 is scheduled to release for PlayStation 4, Xbox One, and PC on November 19th. It is also set to be available to play on both the PlayStation 5 and Xbox Series X with a free upgrade releasing later to take advantage of the next-gen hardware. You can check out all of our previous coverage of the upcoming video game right here.

What do you think of what we’ve seen of CD Projekt Red‘s Cyberpunk 2077 so far? Are you excited about the new gameplay reveals? Let us know in the comments, or hit me up directly on Twitter at @rollinbishop to talk all things gaming!