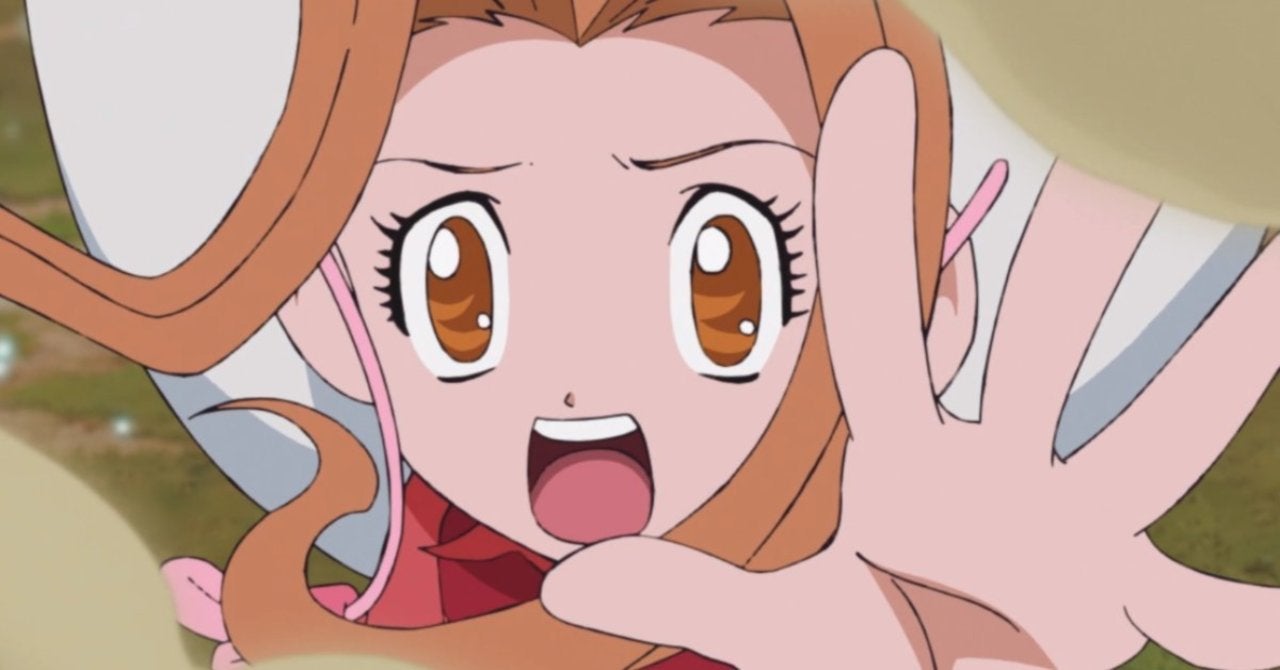 Digimon Adventure‘s 20th Anniversary reboot anime has made several changes to how the original series played out so far, and the newest episode of the series has finally introduced Mimi Tachikawa to the reboot. Unlike the original series that debuted all of the DigiDestined children, and brought them to the Digital World at the same time, the reboot series has instead been taking time to show a little bit of each of their personalities before bringing them completely into the DigiDestined fold. It’s the same case for Mimi, who debuted in this new series already having met Palmon before meeting the other kids.

This new version of Mimi, like the others, is much younger. She’s in fourth grade as of her debut in the series, and came to the Digital World completely alone at the same time all of the others were summoned before. It’s here that she met Palmon for the first time, and was introduced to a village full of Tanemon and briefly ruled over it as Queen.

Helping Palmon and the Tanemon protect the village from fruit thieves, she was slightly unaware of the fight against the Dark Digimon. But she was dragged into the fight anyway when Ogremon commands a bunch of nearby Tuskmon to attack the village, and then taps into the power of her Digivice to help Palmon evolve into Togemon and win the battle.

never cared Mimi or Togemon as a kid but they where Badass here pic.twitter.com/3ujg0zDX1d

As teased in the previous episode, Mimi also was kept in touch with the Holy Digimon’s message Tai and Sora received. Although Mimi didn’t know much about why she was there, she proved her position as a worthy DigiDestined already by helping some weaker Digimon when it really counted. Now that she’s an official member of the team, the reboot can move forward toward its final battle against Devimon in an upcoming episode of the series. What did you think?

What do you think of Digimon Adventure‘s new version of Mimi Tachikawa so far? What did you think of Mimi’s debut fight with Togemon? Are you excited to see the other members of the DigiDestined come together like this? Let us know your thoughts in the comments, or you can even reach out to me directly about all things animated and other cool stuff @Valdezology on Twitter!