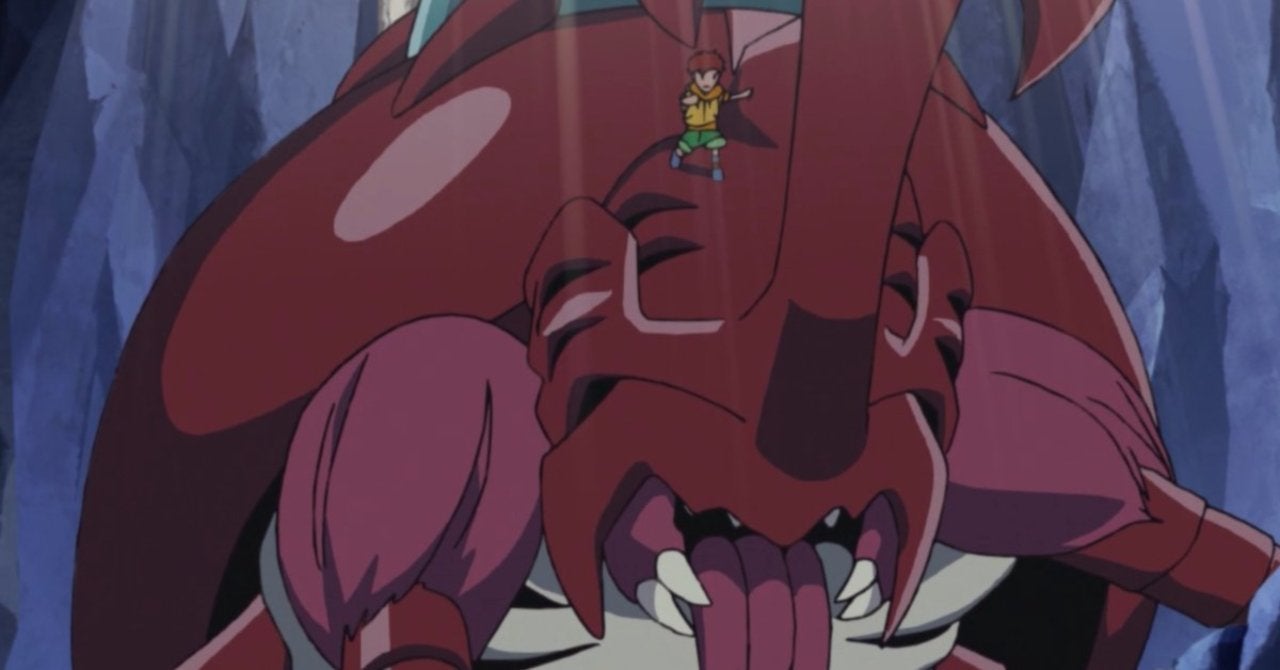 Digimon Adventure has been introduced the Ultimate level evolutions for the DigiDestined over the last few episodes, and the preview for the next episode of the series teases a buggy debut with Tentomon’s Ultimate evolution making an appearance. Following the debut of MetalGreymon in the new series’ tenth episode, the next string of releases have revealed one new Ultimate with each major battle as the DigiDestined make their way across the Dark Continent. This next episode will see Izzy and Tentomon reach that level as well when they come across a strong bug enemy.

As Kuwagamon (a very important Digimon that fans of the original series will recognize) attacks Izzy and the others while they make their way through a maze, Izzy and Tentomon will be challenged to fuel their Digivice to the next level. Izzy’s power stems from a source in his personality like the others, so it will be interesting to see how it all plays out.

Episode 14 of the new Digimon Adventure series is titled “The Kings of the Insects Clash” and you can find the preview and synopsis for the episode below thanks to @Wikimon_news on Twitter. The synopsis for the episode begins as such, “Taichi, Koshiro, and Mimi arrive at the bottom of a large valley with columns of rocks. Then, they are attacked by several Kuwagamon controlled by Soundbirdmon.”

Digimon Adventure: ep. 14 “The Kings of the Insects Clash”

Long synopsis:
Taichi, Koshiro, and Mimi arrive at the bottom of a large valley with columns of rocks. Then, they are attacked by several Kuwagamon controlled by Soundbirdmon. The Kuwagamon chase Taichi and co. around… pic.twitter.com/YoGarynFeI

The synopsis continues with, “The Kuwagamon chase Taichi and co. around as if they are hunting them, so Greymon, Kabuterimon, and Togemon launch a counterattack, but they are gradually cornered into the labyrinth-like bottom of the valley. Awaiting them is Okuwamon, who possesses even mightier power. Although they evade Okuwamon’s attack, Koshiro and Kabuterimon get separated from Taichi and the others.”

Excited to see Digimon Adventure introduce another Ultimate evolution for these new DigiDestined? What have you thought about the other Ultimate evolutions so far? Excited to see how MegaKabuterimon makes its debut in the new series? Let us know your thoughts in the comments or you can even reach out to me directly about all things animated and other cool stuff @Valdezology on Twitter!