Half-Life: Alyx has already been beaten in under an hour

The Half-Life: Alyx release date only dropped a week ago, but speedrunners are already posting some eye-wateringly rapid playthroughs of the VR game’s campaign. While most times hover just over the hour mark, one speedy player has already beaten that – with a time of just over 57 minutes.

Player Fishy_F1shy has uploaded a video of his Half-Life: Alyx speedrun on YouTube (which you can check out in full below), scoring an impressive world record time of just 57:48. Phew. It’s an ‘any%, no spin’ run which, according to Speedrun.com, “means you can use glitches and tricks to beat the game as fast as possible”, while “‘spin’ is a glitch that makes you go through walls by spinning”, and isn’t allowed by the category’s rules.

While it seems the player’s method involves some clever tricks and glitches, there are portions where it’s clear chopping that time down further is going to be tricky. Combat sequences around the 18 minute mark, for example, would likely be impossible to dodge entirely, and they do soak up a decent chunk of the player’s super swift run.

Although the speedrun is a blink-and-you’ll-miss-it kind of a playthrough, it’s worth noting the below clip will be full of spoilers if you haven’t tried the game yet: 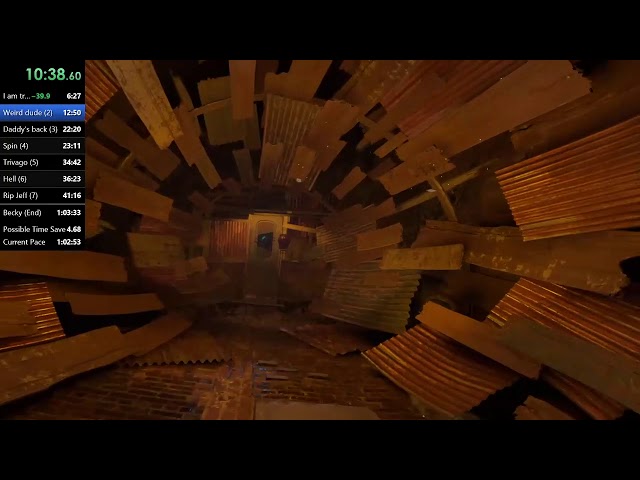 The nearest times to Fishy_F1shy’s any%, no spin speedrun so far are 1:07:37, 1:09:18, and 1:15:26, but the player guesses in the clip’s comments that, using the glitches currently known, a perfect run could be done in 45 minutes – a feat he’s currently achieved using the spin trick in a separate speedrun. Perhaps we’ll see even these rapid times start to tumble very soon.

If you’re yet to dive into Valve’s latest offering in the long-running Half-Life series, be sure to take a look at our Half-Life: Alyx review. In it, Dustin says “Valve delivers the impossible” and that it “confidently serves as both a vindication for the magic VR can bring to gaming, and a satisfying new entry in the beloved Half-Life series.”