Hearthstone‘s new expansion, Descent of Dragons, is nearly here. Before it comes out, however, new cards are being revealed, and we’ve got an exclusive first look at one to help you plan your decks ahead of release.

The new card is the Zul’drak Ritualist. Developer Blizzard describes the 4 mana, 3/9 card as something “you’re interested in summoning from your deck or out of your hand to bypass the Battlecry.” This means using other cards to summon the Ritualist from your hand or deck so that the 1-cost minions never get involved. The company continues: “You can also play this alongside AOE cards or if you’re ahead on board to deal with the minions that get summoned. It can also disrupt your opponent’s resurrection pool.”

The Zul’drak Ritualist’s Battlecry, which summons three random 1-cost minions for your opponent, could be particularly tasty. That’s if the 1-cost minions aren’t too big, or scary. However, for only 4 mana you get stats that could grant you an early lead. The card will be released as part of Descent of Dragons on December 10 – take a look at it below.

In other news around Blizzard’s card game phenomenon, one of the biggest Hearthstone streamers around has announced he’s moving platforms. Disguised Toast is switching from Twitch to Facebook Gaming – and he even donated $20k to charity along the way. 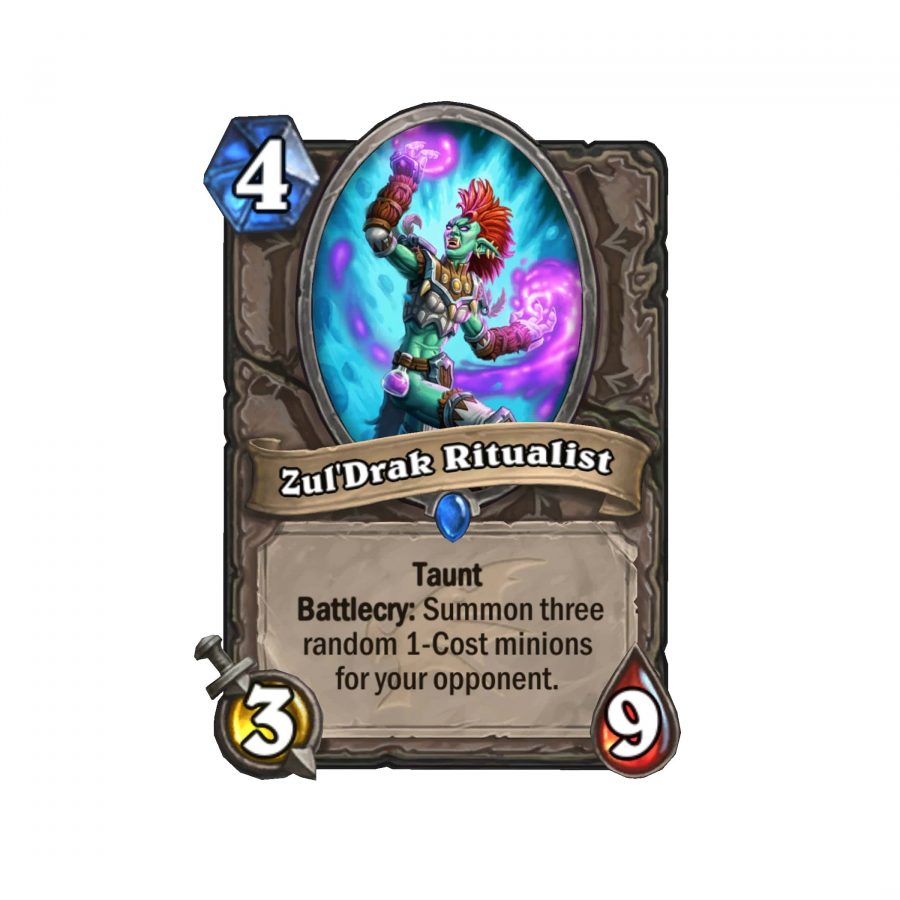 Elsewhere, the game’s auto-chess mode, Hearthstone Battlegrounds, has some new Heroes available now. That does mean, however, that four existing Heroes have been removed.