Some extra clarification has emerged regarding the recent Intel Rocket Lake leaks. The suggestion is that the upcoming 14nm CPUs, set for a 2021 release, will come featuring the new Willow Cove core architecture rather than just another respin of the same aging Skylake design Comet Lake is going to feature.

That’s potentially great news considering the consternation that met reports that Intel would be sticking with the 14nm production process for our desktop CPUs until 2021. With the advanced Sunny Cove core design only being rolled out to the 10nm mobile Ice Lake chips, and the subsequent Willow Cove update being aimed at the 10nm Tiger Lake laptop parts, there was the fear that any future chip rendered on 14nm was still going to feature the ancient Skylake core.

The Sunny Cove core architecture was introduced at its Architecture Day this time last year, announced as the 10nm successor to its 14nm design for both Core and Xeon processors. But so far it has only arrived in mobile form within Ice Lake chips, with the Sapphire Rapids Xeon server parts expected sometime.

There has, however, been no suggestion that Intel would back-port the new core architecture to its 14nm lithography for introduction onto the desktop. Until now… The Rocket Lake specs leak we reported on previously claimed that it would use the same 256-bit version of AVX as Comet Lake (a derivative of Skylake), but it has now appeared that was an error in reporting those specs.

“Apologies, made mistakes copying the spec. RKL-UP3/S should be AVX-512.”

“In plain language: RKL = 14nm version of TGL, minus iTBT, with weakened IGD”

A proper translation of the post on ptt.cc clarifies that it will indeed be utilising AVX-512 and will therefore be a 14nm version of the Tiger Lake processor architecture, which itself is set to use the Willow Cove update to Sunny Cove. There are caveats, however, as the poster claims that Rocket Lake will come without iTBT – Intel Thunderbolt, probably not Turbo Boost Technology – and have a weakened integrated graphics component.

That last was previously suggested by the fact that Rocket Lake was reported as sporting just 32 EUs in its version of the Gen12, Intel Xe GPU design, significantly less than the 96 EUs of Tiger Lake.

But why is Sunny Cove and Willow Cove an exciting addition to desktop processing? Mostly because of the touted IPC increase that it has introduced to the 10nm parts. According to Intel the IPC increase of the Sunny Cove architecture is between 15% and 18%. With Willow Cove potentially improving on that it’s not inconceivable to expect maybe something in the region of at least a 20% IPC boost for Rocket Lake over Comet Lake.

When it was initially designing Sunny Cove Intel likely didn’t expect to still be looking to 14nm for its flagship products by 2021, but the struggle it’s had getting the 10nm lithography in a fit state for public consumption has seriously extended the life of the 14nm process.

These recent leaks do throw up a whole lot of questions, however, mostly based around the fact that it looks as though Rocket Lake will tap out at eight cores despite the preceding Comet Lake generation offering up to ten cores of processing power. And if that was all Intel offered that would feel like a major backwards step, especially with AMD offering more and more cores in every successive generation of its Zen CPUs.

This might be because of the difficulty in back-porting the 10nm-based Sunny/Willow Cove design to the 14nm process. The extra performance Intel has wrung out of the 10nm Ice Lake chips has come from the fact it has that higher transistor density, allowing it to do things like multiply the cache on offer to each core. And with Willow Cove the cache levels are set to rise again, and on a 14nm process how will Intel be able to fit up to 10 cores in the same space as the standard Skylake design if it needs to many times more cache on die? 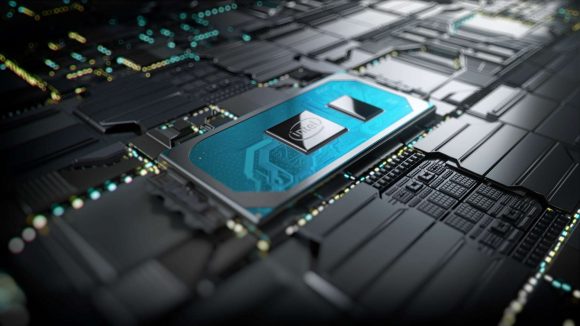 Presumably that’s one of the reasons extraneous features, such as Thunderbolt, are being axed from the Rocket Lake design, just to make sure the cores have as much space as possible.

Either way, the suggestion is that the higher core-count part in that generation wouldn’t be based on Rocket Lake and would be produced on a different platform altogether. Maybe that’s one of the reasons Intel has brought down the pricing of its Cascade Lake HEDT lineup in anticipation…