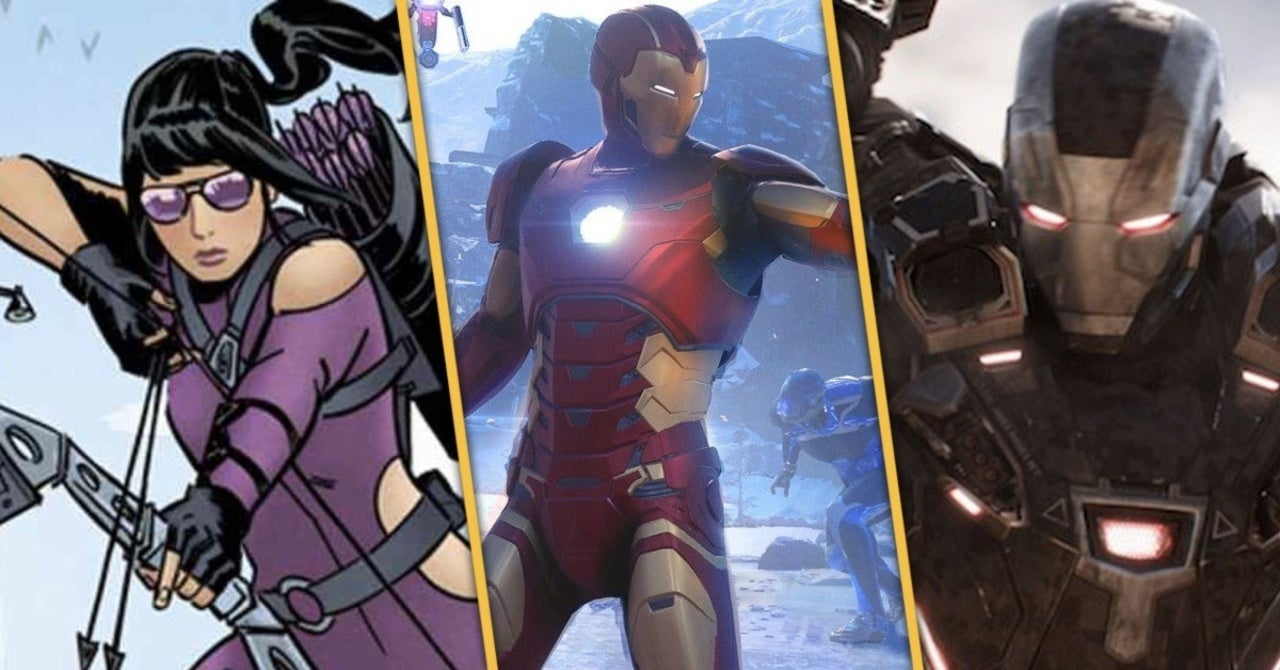 Many fans had a chance to get some hands-on time with Marvel’s Avengers heroes during the PlayStation 4 beta, but as you might expect, many are hoping to find any clue about what comes next. We know Spider-Man and Hawkeye are coming down the pike, but some fans found a few references to some other heroes in the beta files, and that has sparked quite a bit of conversation. Those heroes are Kate Bishop, War Machine, and She-Hulk, and the names are linked to Emotes and Hero Cards. The Hero Cards are likely another name for Nameplates, which can be unlocked in Hero Challenges and by purchasing them from the store, and the same is true of Emotes. While it might be tempting to think these are the future characters for the game, it is probably more likely that these are all items you’ll have access to either in future beta periods or the full game.

The War Machine emote has a legendary rarity attached to it, and so far there isn’t a War Machine suit for Iron Man in the game, so this could be part of a future update or promotional campaign that would come with both.

As for the She-Hulk item, it is a common rarity, but would be cool for fans of Hulk who want something different in the game if it is a nameplate. The same is true of Kate Bishop, and since there is a rarity attached, it’s unlikely these specific codes are for fully playable characters.

It would also seem odd to release variants of three heroes so soon in the DLC process, but who knows, maybe that makes it easier to produce more characters sooner. Hopefully, that’s not the case though.

You can check out my full impressions of the game here. If you’re unfamiliar with the game, you can find the official description for Marvel’s Avengers below.

“Marvel’s Avengers is an ambitious game, starting with a global high-stakes race to reassemble and rebuild the Avengers. But that’s just the beginning. To ensure a continuing heroic experience for all players, the narrative of Marvel’s Avengers expands, and threats escalate with each new post-release Super Hero, region and story arc delivered to players at no additional cost once they own the core game.

Do you want to see these characters in the game? Let us know what you think in the comments and you can always find me on Twitter @MattAguilarCB for all things Marvel’s Avengers!