The creators of Suikoden have been bombarded with questions about their spiritual successor Eiyuden Chronicle: Hundred Heroes, which was fully funded within hours of starting its Kickstarter campaign in July. Long-time Suikoden fans want to know whether Eiyden Chronicle will have the special ‘unite attacks’ that featured in Suikoden’s combat system.

The answer is, no.

However, what Eiyuden Chronicle will have is a functionally identical system called Unite Hero Attacks. Here again, two heroes in your party who have a special synergy will be able to summon additional powers that combine to do massive damage. In a video posted today to the official YouTube channel for Eiyuden Chronicle, we get to see it in action: in a battle against some angry turnips high on a cliff pass, two heroes work together – a spell activates pools of energy at both fighters’ feet, and the first leaps forward to deliver a whirling Tasmanian Devil-style beatdown on the temperamental tubers.

Just as he bounds back toward the group, the second hero flies forward with a devastating area-of-effect sword attack, banishing the bilious beets in puffs of pink smoke. 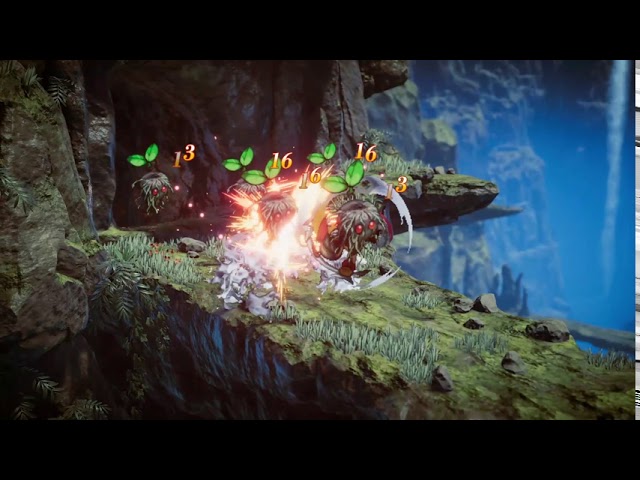 Once again, it’s hard not to be captivated by the gorgeous presentation on display – only to be immediately brought back down to earth by the realisation that we won’t be able to play Eiyuden Chronicle until October 2022, probably at the earliest.

Still, there are plenty of massive RPG games out there to fill the time meanwhile. Maybe we’ll even have a chance to wrap up the Shadowrun series, which is free next week on the Epic Games Store.