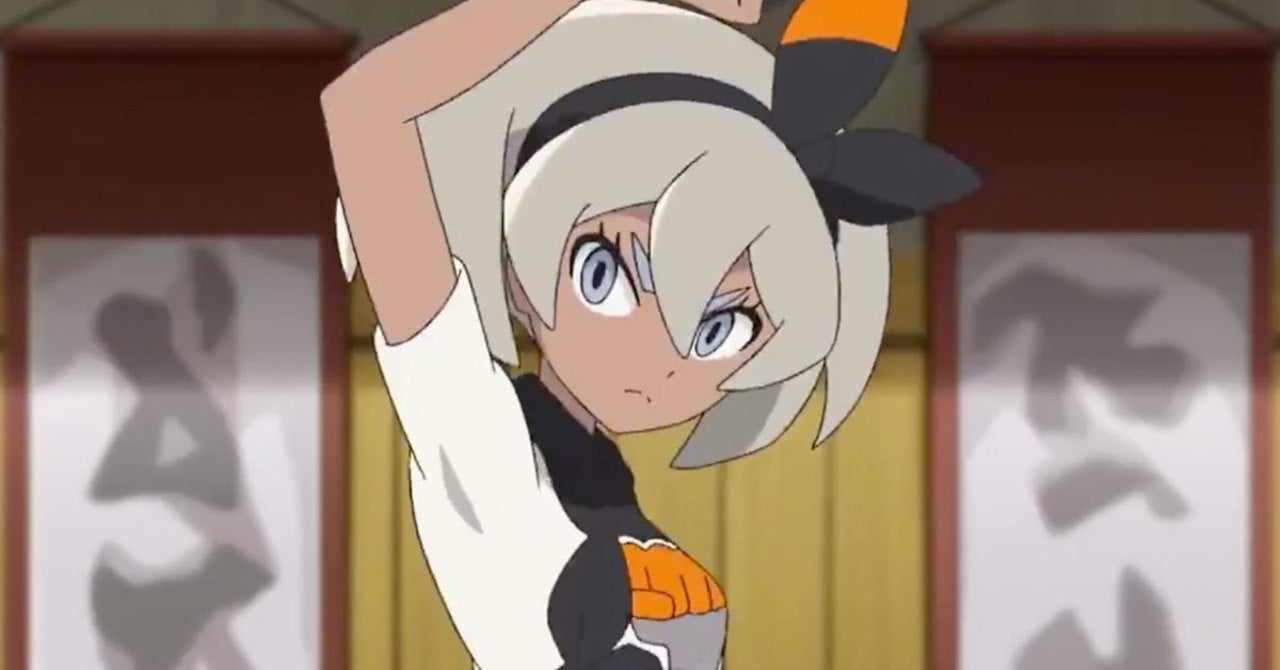 Pokemon Journeys has been on a roll since it returned from a brief hiatus earlier in the year. As you can imagine, fans have kept a close eye on the show as they’ve watched Ash and Goh continue their travels from region to region. Now, it seems the boys are about to run into a new trainer, but this covert gym leader won’t be giving Ash any mercy.

The situation looks a little like this in the promo for episode 34; It all starts with a dojo filled with fighting-type Pokemon. Fans can see a horde of pocket monsters training, and Ash is impressed by everything he sees. But when he comes face to face with Bea, the Kanto trainer wishes he never walked into the dojo.

After all, the trainer he chose to face is none other than Bea, the fighting-type trainer from Galar. The heroine made her debut in Pokemon Sword as a game-exclusive trainer, and she became a favorite with fans. After appearing in the miniseries Pokemon: Twilight Wings, the trainer’s part in this upcoming episode marks a first for the mainline series.

After all, Bea has not popped up in the show to date, so episode 34 will be special. It will also give Ash a chance to face the trainer on for real. The Pokemon promo shows Ash sending out Riolu and his Galarian Farfetch’d to fight in the battle, but Bea’s warriors are on another level. And when Grapploct gets a hard blow one Riolu, things for Ash begin taking a turn for the worst.

What do you think about this next episode of Pokemon Journeys so far? Or does it sounds lukewarm so far? Let me know in the comments or hit me up on Twitter @MeganPetersCB to talk all things comics and anime!