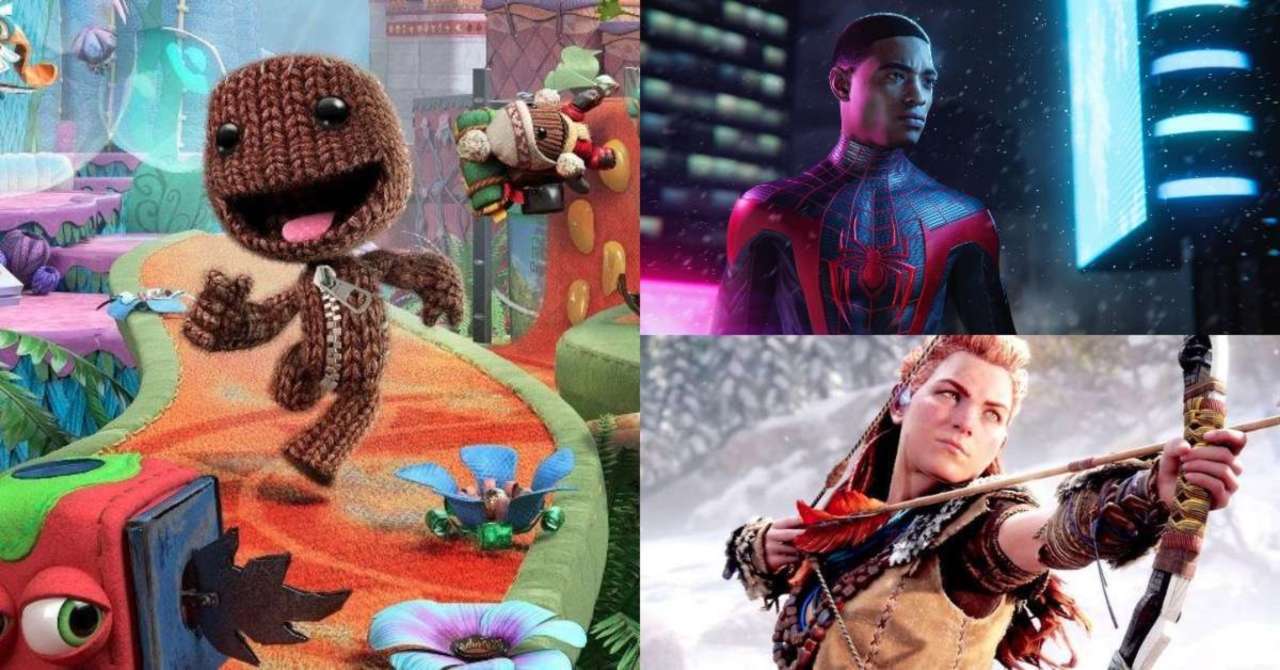 PlayStation fans that don’t plan on upgrading right away will be happy to know that a trio of previously-announced PS5 games will also appear on PS4: Marvel’s Spider-Man: Miles Morales, Horizon Forbidden West, and Sackboy: A Big Adventure. The news was revealed in a blog that appeared on the official PlayStation website following today’s PS5 Showcase. Official details about the PS4 versions was not immediately revealed, but the games will arrive on the same day as the PS5 versions. For those that might be cash-strapped this holiday season, however, the news should come as a pretty big relief!

According to Sony, the three games were specifically designed for the PS5, with the DualSense controller in mind. As such, it will be interesting to see how these games run on PS4. Clearly, some concessions will have to be made for the games to play on the hardware. Those that plan on eventually upgrading to a PS5 will be happy to know that the games will feature free upgrades on the newer system. This will apply to both the digital and physical versions of the game. For fans, this really seems to be the best possible outcome!

Sony’s plan to release these three games on PS4 seems reminiscent of Microsoft’s decision to abandon the concept of “next-gen exclusives.” At this time, it’s unclear whether or not additional PS5 exclusive games will also end up on PS4, or if this will just apply to the three announced titles.

It will be interesting to see what kind of impact this might have on buyers! Demand for the PS5 seems to be quite high, and it doesn’t seem like this news will have any kind of impact on sales, but for those that are hoping to avoid the chaos of getting the console this holiday season, this could be very welcome news. Getting a console on launch day can be a bit of an adventure, and this might prompt some PlayStation fans to hold off until things have calmed down, a bit. Regardless, this is news that will be welcome to a lot of people, and it will give these games a much bigger potential audience.

Are you happy to see these three games arrive on PS4? Will this have an impact on when you plan to buy a PS5? Let us know in the comments or share your thoughts directly on Twitter at @Marcdachamp to talk about all things gaming!