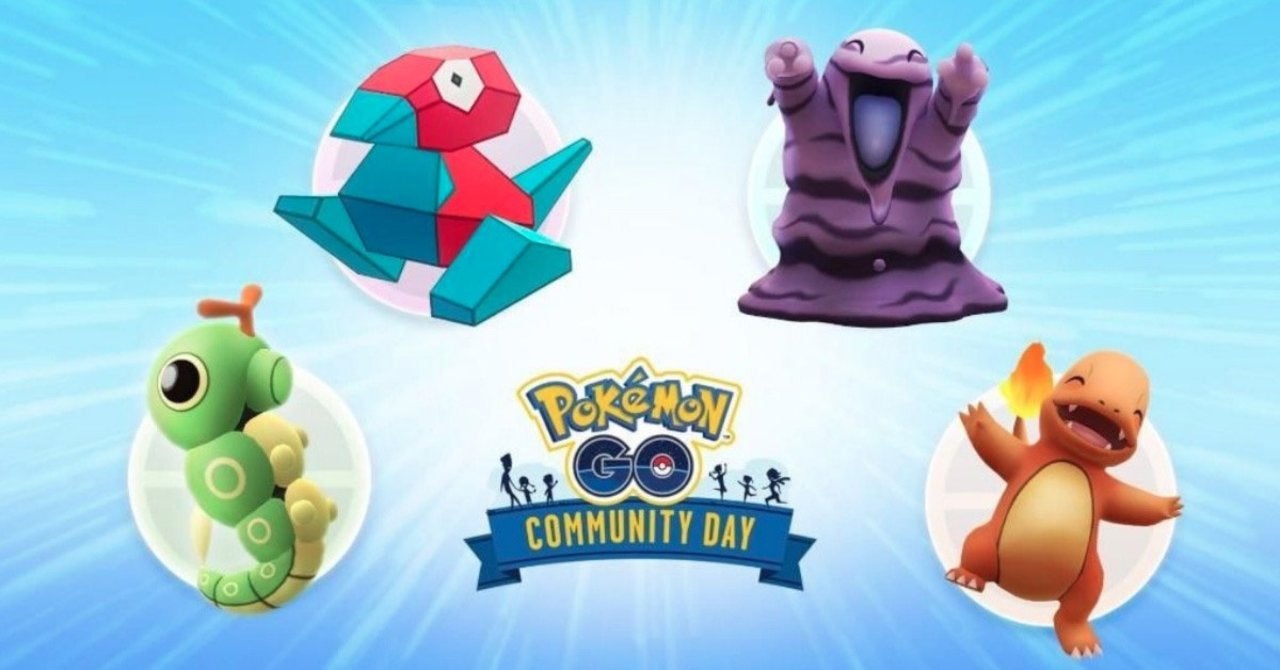 Following fan voting, Porygon and Charmander will be the next two featured Pokemon for September and October’s Pokemon Go Community Days. The two Pokemon beat out Grimer and Caterpie by fairly significant margins. Porygon brought in 55.3% of the total vote, while Charmander came in second at a respectable 36.6%. That left Caterpie with 4.1% and Grimer with just 3.9% of the vote. All in all, it’s not a very surprising showing. Porygon was an immediate favorite, and Charmander was trending on Twitter earlier in the week following a “practice vote” against Grimer. For fans hoping to obtain the Shiny versions of these Pokemon, this should be a terrific opportunity!

The votes are in! These Pokémon earned the most votes in our Community Day Twitter poll and will be featured in our upcoming September and October #PokemonGOCommunityDay events! Thanks for voting, Trainers! pic.twitter.com/UsL9TJTSPw

All four Pokemon in the poll originally appeared in Pokemon Red and Green. Charmander would likely have been an overall favorite, but the Pokemon has already appeared as the featured Pokemon for Community Day in the past, unlike Porygon. That likely gave the man-made Pokemon a slight edge, despite the fact that Charmander is quite a bit more popular. Of course, it’s been a while since Charmander was featured, and those that missed out will now have the opportunity to snag a Shiny Charmander and its evolutions.

Pokemon Go is compatible with the Nintendo Switch game Pokemon: Let’s Go, so those that snag a Shiny Porygon or Charmander have the option of transferring the Pokemon to the main series games. At this time, only the original 150 Pokemon can be transferred from Go, but players can transfer Porygon into the Switch games and evolve it into its subsequent forms. For those looking to add a Shiny Porygon-Z to their teams in Pokemon Sword and Shield, next month’s Community Day could be the perfect opportunity to do just that!

In total, 842,379 people voted in the Community Day poll, so it seems like fans have been enjoying the selection process! Hopefully Niantic will continue giving fans the opportunity to make their voices heard in subsequent polls.

Which Pokemon did you vote for in the Community Day poll? Did your favorite make the cut this time? Let us know in the comments or share your thoughts directly on Twitter at @Marcdachamp to talk all things gaming!