PlayerUnknown’s Battlegrounds Update 8.2 has hit the battle royale game’s live servers, with some snazzy new toys and gameplay tweaks in tow. Alongside some weapon remodels and re-textures, world updates, and quality of life improvements are the “monstrous” new MG3, the decoy grenade throwable, the chance to tuck that helmet out of sight, and even some nostalgic new (old?) lobby music.

First up, the most recent weapon to come to the multiplayer game’s care packages is the “fast firing MG3 light machine gun,” the latest patch notes detail. “With two different rates of fire, a bipod for stability, tracer rounds to help you keep track of your spray, and increased weapon damage to vehicles, there’s a new reason to fight over the big red box.” The weapon only spawns in normal matches, but packs a punch, with firing rate options of 660 rpm and 990 rpm, 75 rounds, 820 m/s muzzle velocity, and even a bonus boost when aiming at vehicles: 1.25 times the damage.

As for that PUBG decoy grenade, developer PUBG Corp. says: “Disorient your enemies and cover your movements with the new Decoy Grenade. Available as world loot on Sanhok, the Decoy Grenade will make fake firing sounds for about ten seconds after thrown, giving you a few moments to make your move”.

It’s a rare world spawn throwable not available in Ranked, but sounds like a handy option to have at the ready if your preferred playstyle is sneaky. Like other grenades, they can be “cooked” to wind down their detonation time, and even eject shell casings when they’re going off to help enhance that decoy effect. But, it’s worth noting, they’re not waterproof, so mind not to lob them into anything bigger than a puddle if you want them to work.

The monstrous MG3 and Decoy Grenades have officially dropped into the PC Live Servers! Check out our Update 8.2 patch notes for more details! pic.twitter.com/OCRYo1l46I

The shiny new helmet hiding feature is just a cosmetic one, but great for those keen to reap the benefits of the extra protection without ruining a painstakingly assembled ensemble. “Sometimes you just want to look good for you“, the dev says. Too right. “For those moments, you can now toggle off your helmet to maintain your default costume pieces, even after you protect your noggin with a fine Level 3 helmet.

“This functionality is purely cosmetic, and other players will still see you with a helmet on, but you’ll at least get the satisfaction of enjoying your chicken dinner in full Alex the Dinosaur costume glory.” 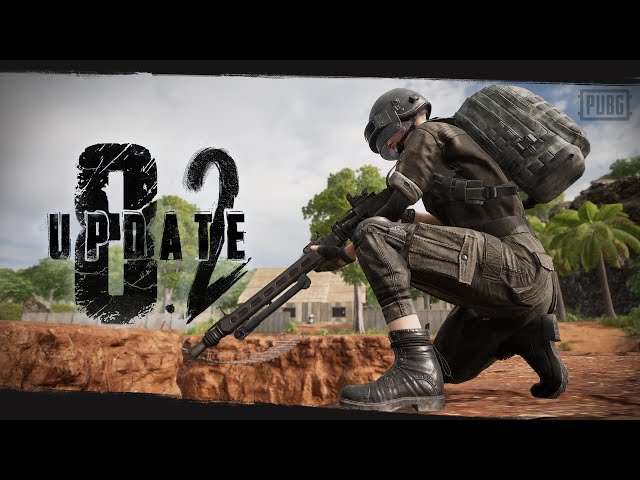 The lobby music, similarly, won’t give any kind of edge in the heat of combat, but it does add a nice dash of nostalgia to the game, especially for long-time PUBG fans. The lobby music selection feature includes a batch of tunes from the shooter’s past, and can be accessed via the PUBG settings menu, in the audio section. Sweet.

If you’re keen to get the full rundown on what’s just hit the PUBG live servers, you can find the full list of patch notes here. Also be sure to take a look at our PUBG weapons guide before you head back in.