“You were almost a Jill sandwich!” With those words, Barry Burton cemented Resident Evil’s place as delightfully schlocky B-movie camp – alongside its position in the gaming horror canon, of course. While the line sadly got a whole lot less cheesy in the REmake, Capcom clearly knows its own classics. That’s the only reason I can imagine we’re getting a new Resident Evil character named Martin Sandwich.

Martin Sandwich will make his debut as one of the survivors in Resident Evil Resistance – the multiplayer game that’s now coming bundled with the Resident Evil 3 remake. On Twitter, Martin Sandwich is described as “a skilled engineer and mechanic,” who can “create traps to slow down or stun enemies.”

Martin Sandwich is also an all-too-innocent-looking young dude, clearly unprepared for the horrors of combating Umbrella or being part of a cooperative multiplayer game. I like to imagine that Martin Sandwich is Jill’s long-lost brother – maybe the two were separated from their proper names and each other by some weird circumstances of birth. Maybe they went to Willamette, Colorado to open a sandwich shop together.

Regardless, I will now be chanting ‘Martin Sandwich’ all the way until the Resident Evil 3 remake release date. Do not attempt to stop me. 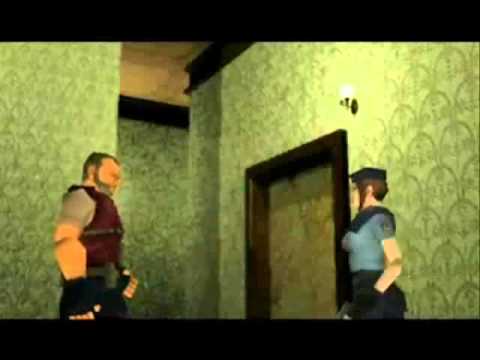 Resident Evil’s previous dalliances among multiplayer games have been mixed – some have been very good, while others have been extremely bad. Resistance looks neat, and bundling it with the follow-up to one of 2019’s best games should certainly help it find an audience.