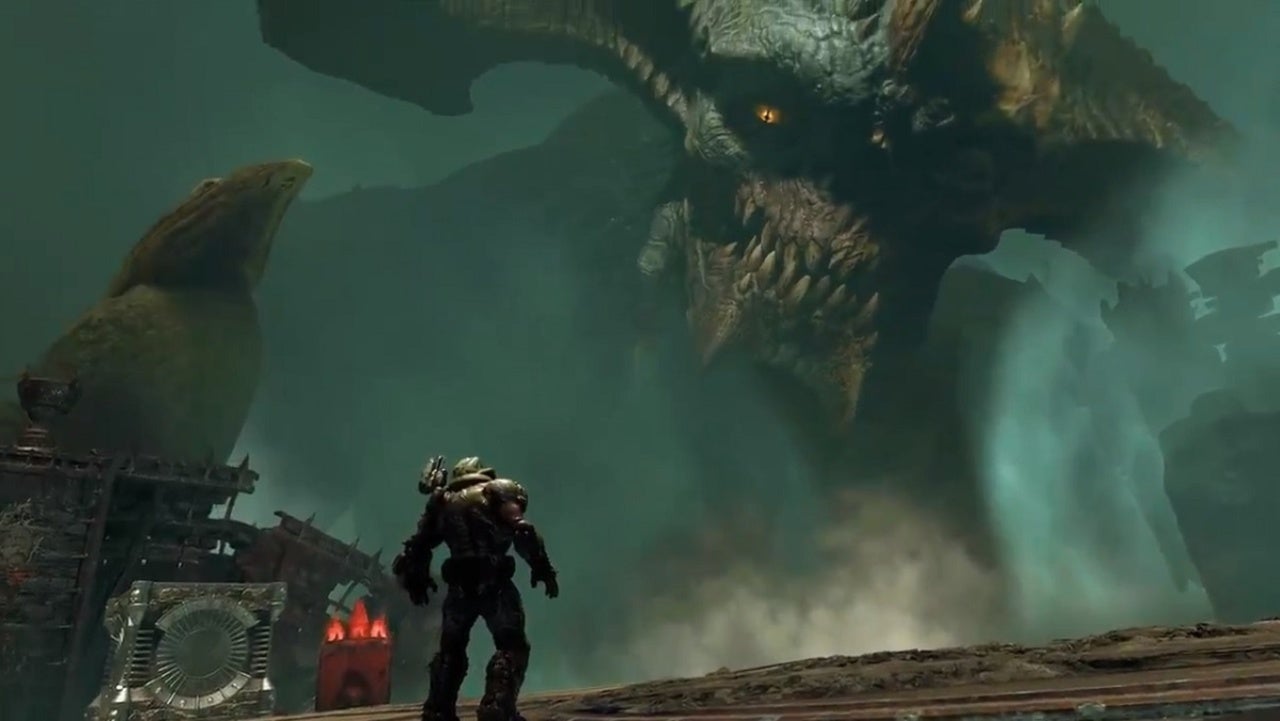 Bethesda showed off its full trailer for DOOM Eternal’s next DLC Thursday during Gamescom’s Opening Night Live event. The next DLC titled DOOM Eternal – The Ancient Gods, Part One is scheduled to release on October 20th and will be the first of two DLCs promised for the game to continue the story. The Gamescom reveal follows a brief teaser trailer from earlier in the month that gave us our first look at what’s to come and set the stage for the full trailer’s unveiling.

Expanding on the story of DOOM Eternal and the powerful arsenal awarded to players as they progressed through the game, the new DLC will send players on fights against different types of demons with new powers to possess. The first full trailer for the DLC showing off some of this content can be seen below.

“Wage war across never-before-seen realms of the DOOM Universe, fight against new demons, and wield new abilities in your never-ending battle against the forces of evil,” a preview of the new DOOM Eternal DLC read.

The trailer for DOOM Eternal’s next DLC showed teasers of some of the enemies and powers players will encounter in The Ancient Gods, Part One. It also made a point to focus on the Marauder enemy that’s returning in the expansion with more than one of them able to appear through a portal at once to assault players.

This DLC will presumably be followed by The Ancient Gods, Part Two at a later date. Bethesda said in the past that it would be releasing two different DLCs for DOOM Eternal in the future to continue the story.

DOOM Eternal was just one of many games scheduled to make appearances during the first night of Gamescom. Teasers for what to expect from the event confirmed that we’d see everything from DOOM Eternal to World of Warcraft to Fall Guys at the event with more to come in the next couple of days as Gamescom continues.

All of this content was packed into an event that deviated from the normal Gamescom proceedings, but it’s very much in line with how things have been going in 2020. It was announced far in advance that this year’s Gamescom would be presented in an online-only format.

DOOM Eternal: The Ancient Gods, Part One is scheduled to release on October 20th.