The Demon’s Souls remake is coming to PC

Demon’s Souls was the finale for the PlayStation Showcase today, showing off its overhauled visuals and sound in spectacular form. The best part, from our perspective at least, was a tiny bit of text at the very end of the trailer that says the Demon’s Souls remake is coming to PC.

The trailer provides a bit of narrative framing for Demon’s Souls’ world of Boletaria before heading right into a run toward the tutorial boss, the Vanguard. It’s a perfect point of contrast between the original 2009 game and the remade version that’s coming out soon – the lighting, textures, and architecture of the encounter have all been completely redone. It looks fantastic. It’s clear from the full run up to the fight that this is a new game rather than a mere remaster of old assets, from the high quality lighting effects dappling the highly detailed scenes, to the muffled, regular footfalls of our hero making their way to the boss room.

Demon’s Souls is considered to be the first of ‘Soulsborne’ games, even though it was itself heavily influenced by FromSoft’s 2006 release King’s Field. 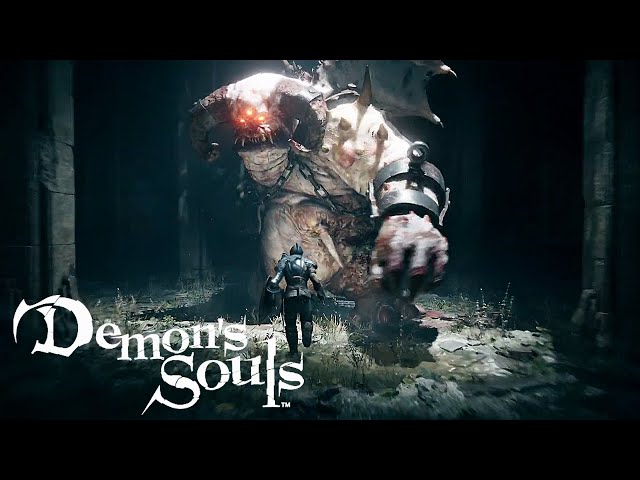 However, according to Game Awards host and creator Geoff Keighley, Demon’s Souls will be a PlayStation 5 launch title – which means we’ll be seeing the game in some form in just a few short months.

DEMON’S SOULS is a launch title for #PlayStation5 pic.twitter.com/yxCgXrlwoE

Either way, Soulsbourne fans on PC are sure to be excited about this – we’re finally getting a chance to see where it all began, and to see the words ‘YOU DIED’ appear on our screens again and again.