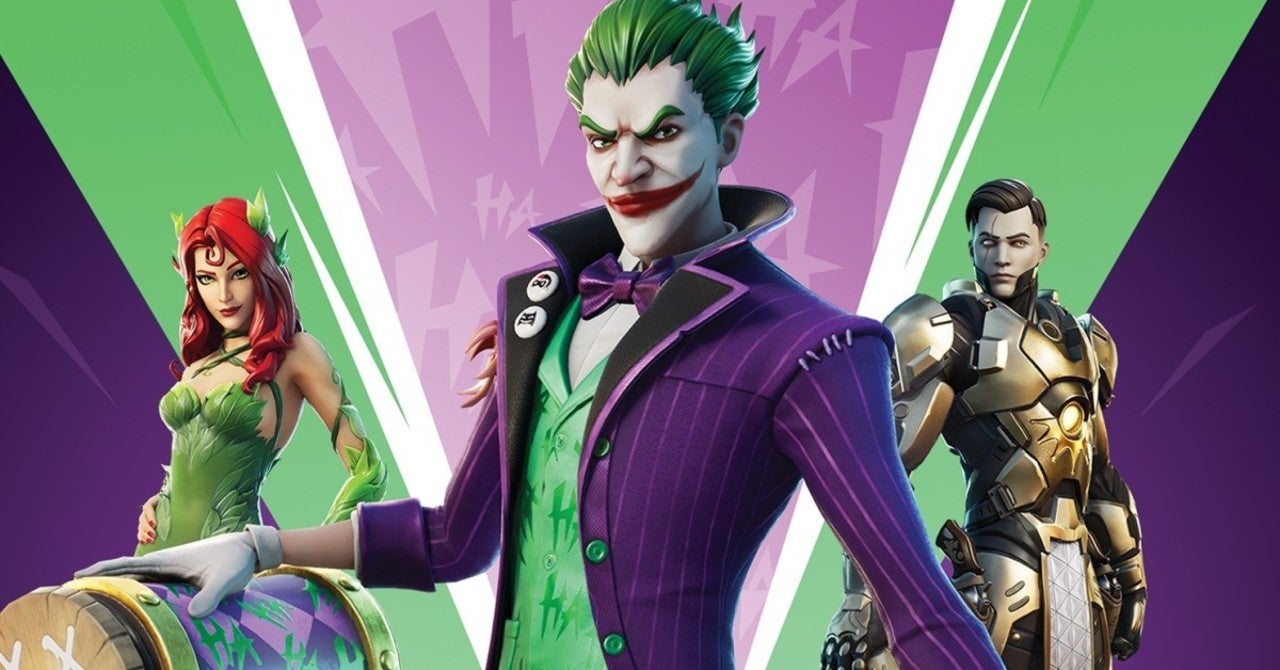 Fortnite is getting another DC crossover on November 17th with the release of the new DLC called Fortnite: The Last Laugh Bundle. Included in that set are a number of different cosmetics to accessorize players as if they were some of DC’s greatest villains including the Joker and Poison Ivy, both of which are getting their own unique Fortnite skins in the bundle. Several other cosmetics are included in the bundle like pickaxes and back blings which add up to a decent value considering how much is included for $30.

The $30 price tag might seem like a lot for only cosmetics, but compared to other bundles, there really is a lot included in this deal. One skin for Joker and one for Poison Ivy are the main attractions of the bundle, but it also comes with a unique spin on Fortnite’s Midas character with the third Midas Rex skin included. On top of those three, it contains 1,000 V-Bucks and several back blings, pickaxes, and a contrail.

The full contents of the Fortnite: The Last Laugh Bundle can be seen below along with the artwork for the bundle that shows what the cosmetics will look like.

To put the bundle’s value into perspective, there’s a Harley Quinn Bundle in the Item Shop right now that costs 2,000 V-Bucks which equated to roughly $20 before Epic Games lowered the prices of its V-Bucks. It comes with two skins that are essentially the same character just in different versions as well as two pickaxe variants. Take the Poison Ivy and Joker skin and two of the possible pickaxes and you’ve already arrived at that same $20 value which means the 1,000 V-Bucks and everything else is just added on top of it.

Fortnite: The Last Laugh Bundle will release on November 17th for the all available consoles with no mobile versions announced.