Good news, strategy games fans – Total War: Three Kingdoms is in for a mighty new expansion pack. Titled ‘The Furious Wild’, the incoming DLC pack ushers in a hearty batch of new content that includes four new factions, a map extension, and even some free goodies and updates for all Three Kingdoms players to enjoy.

As announced in a press release – and shown in a new trailer unveiling the expansion pack (included below) – Total War: Three Kingdoms – The Furious Wild adds four “formidable tribal warlords” of the Nanman culture, who call the “deadly jungles of the south” home. These are Meng Huo, King Mulu, Lady Zhurong, and King Shamole, and they each boast some pretty intimidating tactics of their own. For example, new mechanics include flaming mace, blowpipe units, and among the expansion’s 25 new units are even some “revered” elephants and tigers. Gulp.

In addition, the expansion adds an expanded map for third century China, focusing on the “lush but deadly jungles” of the south, as well as new faction mechanics, a tech tree, and “unique missions and narrative events bespoke for the Nanman culture”.

Check out the expansion’s trailer below: 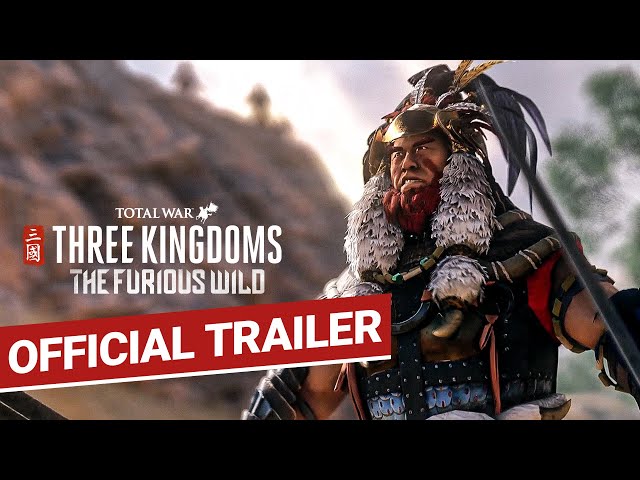 Total War: Three Kingdoms – The Furious Wild launches on September 3, and you can pre-order it on Steam right now. However, alongside the expansion, all Three Kingdoms players will also get access to some “free content and quality of life improvements”, such as a “new Han Warlord, Shi Xie, flame-firing Juggernaut artillery, Gate Battles, and much more”, so there’s plenty to get excited for.

We’ve also got an exclusive interview with developer Creative Assembly about The Furious Wild, which will be hitting the site very soon – so be sure to keep checking back if you love a bit of Total War.