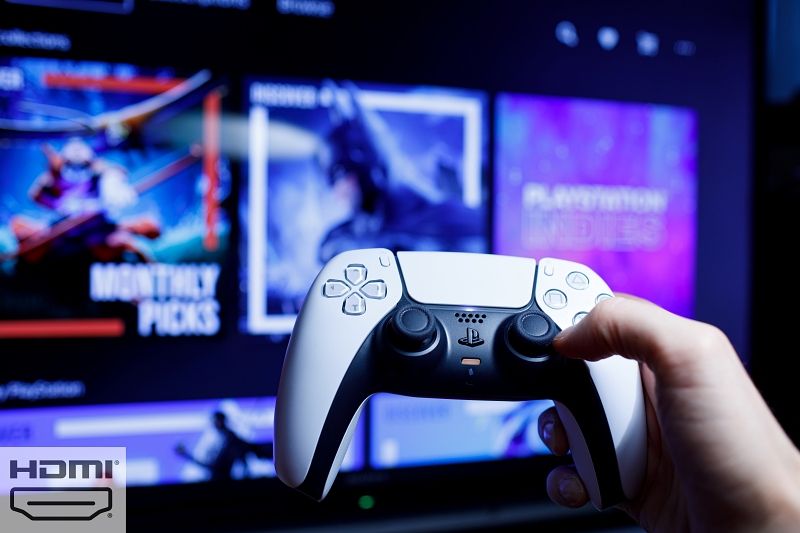 December will be here before you know it, and that means it’s time to start thinking about your letter to Santa and your other gift-givers. What gaming goodies should you put on your wish list?

Will your wish list include an HDMI® 2.1-enabled computer monitor or TV? Perhaps a new game device? How about the latest GPU-powered graphics card or handheld PC gaming platform?

There’s an abundance of possibilities. Here are a few.

TV manufacturers rolled out many models this year with support for the HDMI 2.1 specification and its gaming features. There’s been heavy marketing support to let gamers know these models are great for gameplay. HDMI LA is helping to get the word out, too, sponsoring weekly Fortnite and League of Legends gaming tournaments with Repeat.gg and with its HDMI Gaming Ambassadors on Twitch and Discord. Among the most important features to gamers are 4K resolution at a refresh rate of 120Hz as well as [email protected]; Variable Refresh Rate (VRR) for a more fluid gameplay environment and Auto Low Latency Mode (ALLM) for automatic switching to optimized gameplay or TV viewing depending on the input.

Gamers have eagerly snapped up game consoles like Xbox Series X and S and Sony PlayStation 5 since their introduction, with 6.5 million of the former sold in their first seven months and 10 million of the latter moved from November 2020 to July. While consumer appetite for the game consoles appears to remain strong, the chip shortage affecting the electronics industry on the whole may make them hard to get from retailers.

The Valve Steam Deck handheld gaming device, announced in July with an anticipated December release, may be tough to get as well until later in 2022 unless you were one of the lucky to reserve one right away. A docking station offering HDMI TV and monitor connectivity has been announced.

Microsoft has gotten serious about mobile gaming with a major Xbox Cloud Gaming (xCloud) app release this summer for its Surface Duo. The xCloud Android app offers dual-screen support that places a virtual gamepad controller on one screen and the game itself on the other. Xbox Touch Controls are now available for over 50 games.

What’s an exciting game without immersive sound from Dolby Atmos and DTS:X? Look for HDMI 2.1- enabled AVRs and sound bars to make sure the whole audience is drawn into the game. Many are available and support not only great game audio but also the higher resolutions and refresh rates.

If your holiday list includes one of the latest high-performance gaming cards, there’s some question about whether Santa will be able to deliver due to supply chain slowdowns. Manufacturers are doing everything they can to get some on the shelves, but it still might be a good idea to give Santa some slack.

So focusing your list on what is available now for the best enhanced gameplay is advisable, and in that case, it’s hard to beat HDMI 2.1-enabled monitors and TVs.