Home » A huge FPS documentary is in the works, featuring key figures from the genre’s history

A huge FPS documentary is in the works, featuring key figures from the genre’s history 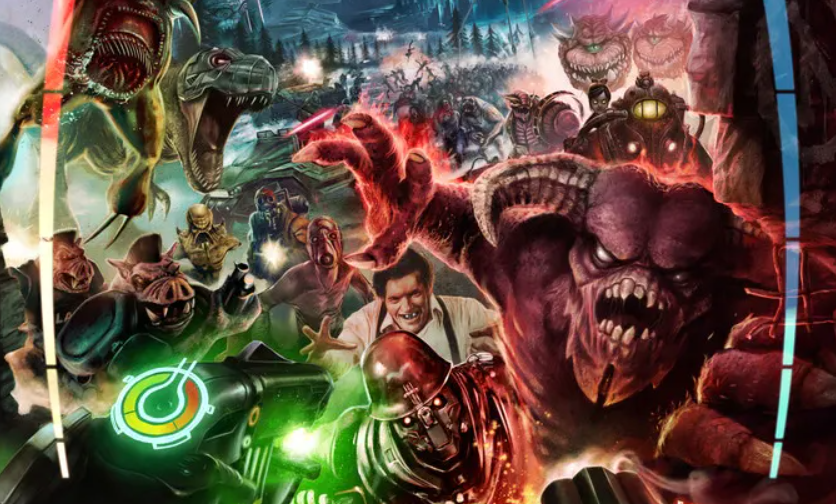 Just last week, an independent production company called Creator VC successfully raised the funds for the “definitive FPS documentary”. Simply called “FPS—First Person Shooter”, this documentary wants to be nothing less than the “ultimate celebration of the FPS genre”. Once finished, it’s supposed to be at least three hours long, and tells the story of the genre from the 1970s to now.

The trailer above looks very promising, and I really dug it after I got over my initial confusion of it appearing on a Retrowave Youtube channel—turns out the outfit will be responsible for the soundtrack. “This definitive documentary brings together the legends who created this genre, highlights the legacy of the most popular and significant FPS titles from the last 48 years, and gives fans the chance to be involved in this iconic celebration,” the description reads.

It sounds ambitious, but the Kickstarter also includes a detailed breakdown of the topics the documentary wants to cover. From the technology that made advances in the FPS genre possible, to game mechanics such as free aiming, regenerating health and kill streaks and FPS communities and the world of speedrunning, there’s a lot here that sounds super interesting.

While the Kickstarter campaign itself is over, it looks like you can still back the documentary on Crowd Ox—there’s quite a large number of possible rewards to choose from, and along with the Kickstarter page, it’s also one of the best places to get more info on the project. The documentary is set to release sometime in December 2022.