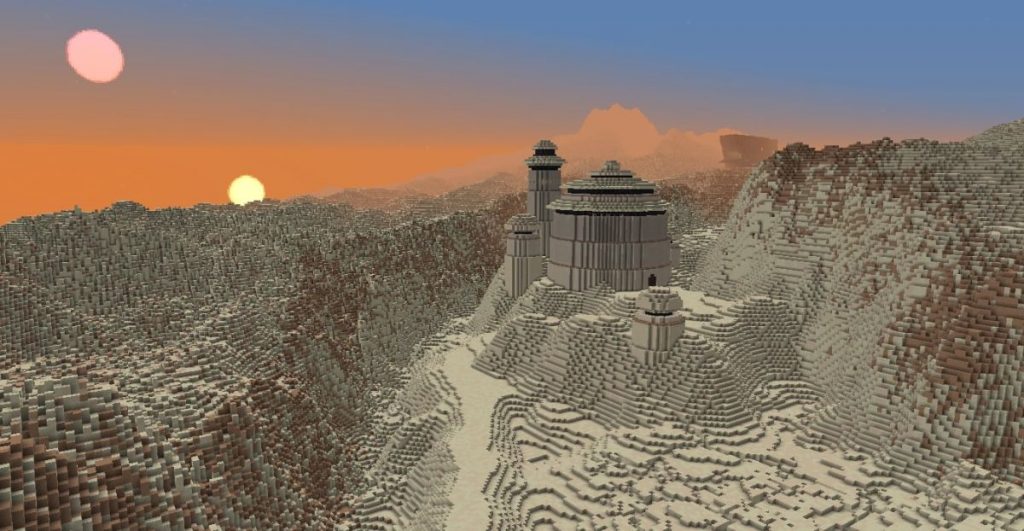 The Minecraft building community has already got to work on recreating Tolkein’s Middle-earth, the complete Breath of the Wild map, Doom, Half-Life, The Witcher, and Stardew Valley so it was only a matter of time before the players cast their eyes on Star Wars as the next building frontier.

Uploading screenshots of their work to Reddit, Vistachess has begun work on building the entire galaxy from Star Wars as a one-person team. It’s a ridiculous goal, but progress seems to be going well, with the desert planet Tatooine and the city-covered planet Coruscant having already been built.

From the look of the screenshots, both look fantastic. Vistachess says it’s taken them a year to build Tatooine and Coruscant, so don’t expect the entire build to be done any time soon. Hopefully, we’ll be able to see the likes of Hoth, Naboo, and Endor in the coming months.

If you wanted to follow their progress planet by planet, you can check out their build videos on their YouTube channel and Reddit posts. For now, here are some more screenshots of the build: