Home » Abandon Ship is coming to mobile on June 14th, with pre-orders now open on the app stores

Abandon Ship is coming to mobile on June 14th, with pre-orders now open on the app stores 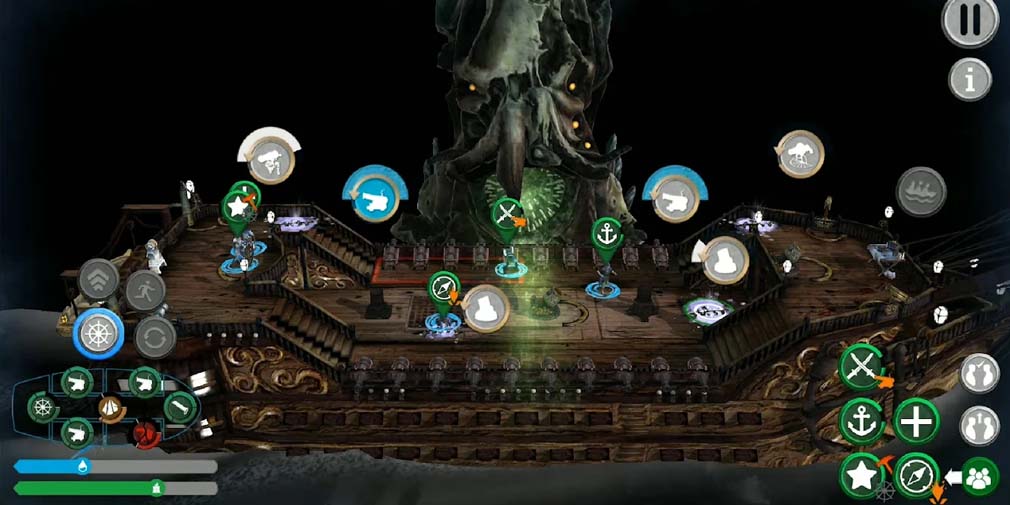 Plug in Digital has announced the official worldwide release date for Abandon Ship on mobile. Coming to both iOS and Android devices on June 14th, the scintillating strategy game sets sail with you as a hunted Captain, and you’ll have to engage in a whole bunch of piracy to survive the seven seas.

In Abandon Ship, players can look forward to commanding an “Age of Sail” ship along with her crew. Decisions you make affect the world around you, and you can battle everything from enemy vessels to sea abominations in tactical combat.

The game features a wide variety of biomes and plenty of intriguing narratives across different islands. Players will also encounter extra challenges via unpredictable weather conditions – blizzards, tidal waves and lightning strikes might just bring your ship down even when you’ve got the upper hand. And if your ship does sink, you can still flee on a lifeboat and start from scratch as the Captain of your vessel.

There are different modes to choose from depending on your mood, such as the main campaign, the Freeplay mode or the Sword of the Cult. If you’re keen on giving the game a go, you can pre-register for Abandon Ship on the iOS App Store and the Google Play Store for Android devices. It’s a free-to-play game with in-app purchases.

You can also join the community of followers on the official Twitter page for more info, have a look at the official website to stay updated on all the latest developments, or take a little sneak peek at the embedded clip above to get a feel of the title’s gameplay and visuals.

Are you on the hunt for more similar titles that will put your skills to the test on your mobile device? Why not take a gander at our list of the top 25 best strategy games for Android phones and tablets in 2022?