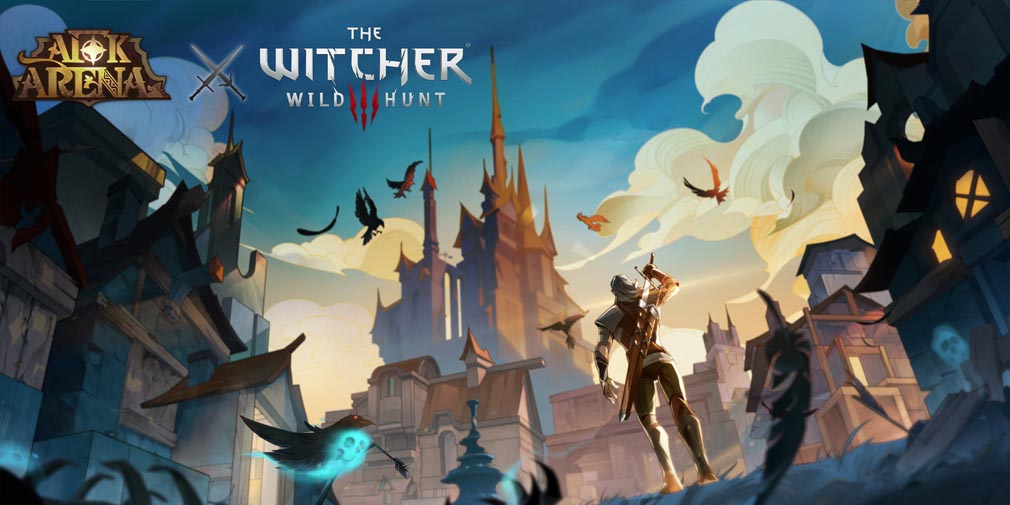 A couple of weeks ago, Lilith Games announced a massive crossover between AFK Arena and the wildly popular console and PC game The Witcher 3: Wild Hunt. This collaboration with CD Projekt Red will introduce characters like Geralt of Rivia and Yennefer of Vengerberg as playable heroes with skills similar to those in The Witcher. And now finally, the heroes are available in the idle RPG.

Geralt and Yennefer will come to AFK Arena with everything they have learnt in their universe, meaning anyone who opposes them will have a hard time surviving. Doug Cockle is returning to voice the iconic sword-wielding character. Just like in The Witcher, Geralt will be seen using magic and a variety of potions to strike fear in the heart of all his enemies.

Speaking about this collaboration, AFK Arena developer, Don said: “After getting the chance to bring The Witcher 3: Wild Hunt to AFK Arena, we knew we had to go above and beyond to pay tribute to a series beloved the world over. As huge fans of The Witcher 3: Wild Hunt ourselves, our team embraced the challenge of ensuring Geralt and Yennefer are faithful to their original appearances, while also guaranteeing they fit in alongside characters like Rosaline and Talene. We can’t wait to see them join players’ teams.”

Yennefer is also ready to shake things up because there is no magic user like her. The mage’s spells will wreak havoc on those that try to harm her, while it will protect her allies at all costs. Even her trusty kestrel will be part of AFK Arena, fighting alongside her as she rains down Frost and Thunder magic on her enemies.

Get your hands on these awesome heroes now by downloading AFK Arena for free by clicking on the links below.

Also, check out this list of some of our favourite RPGs to play on mobile!