After more than 1,600 attempts, a player has soloed Destiny 2’s latest raid boss 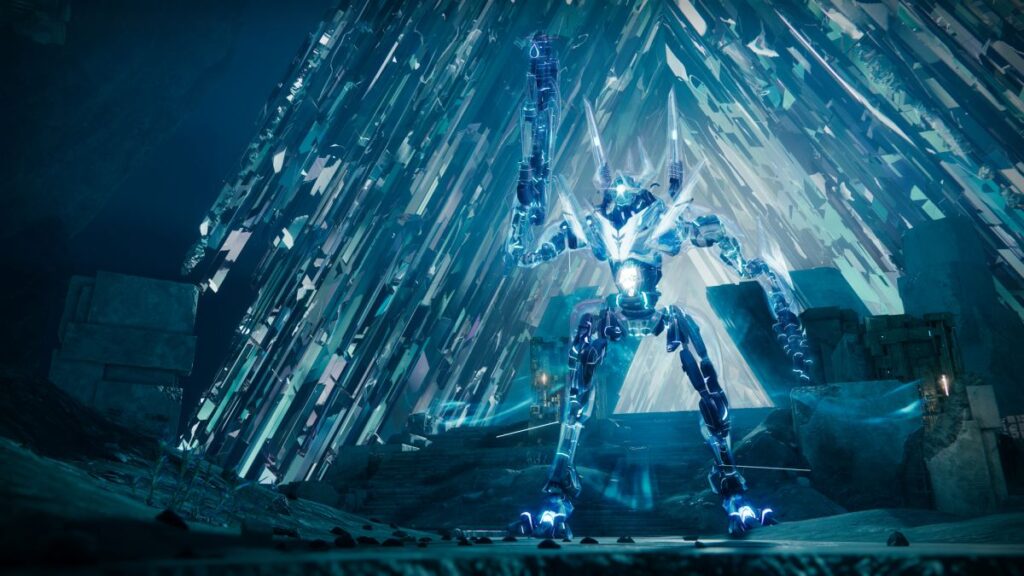 This season, Bungie heralded the return of Vault of Glass—the first raid of the first Destiny, remade for Destiny 2. And, as with every other Destiny raid, players have since tried to bend it to their will through a series of speedruns and unofficial challenges. Now, after many, many attempts, a player has solo cleared Vault of Glass’s final boss.

You can watch the successful completion below.

What makes this solo clear so difficult is that the encounter—in fact, almost all Destiny raid encounters—are specifically designed to force multiple players to work simultaneously towards a single goal. For Atheon, this means half of the raid team are teleported to a different room to clear Oracles—chiming red orbs—based on the order given to them by the teammates who remained.

As a solo player, VoteforShifu needs to effectively be in two places at once. He has to be in the main room to see the order in which the Oracles should be destroyed, and in the side-room to actually destroy them. Luckily, thanks to a certain weapon and a particular longstanding glitch, that is kind of possible.

By activating a finisher—an instakill animation you can perform on damaged enemies—moments before teleporting, VoteforShifu is teleported back to the point it was triggered when the animation ends. This was previously used in the absurd solo Queens Walk completion—the final section of the Last Wish raid.

While Vault of Glass’s finisher glitch doesn’t force you to complete the rest of the encounter bathed in a sheen of red jam, it is more complicated to pull off. That’s because in order to travel back to the side-room after glitching out of it, VoteforShifu needs to retrieve the relic that will cleanse a debuff that slowly clouds his vision, and also kill the gatekeeper to open a portal between the two rooms—all before the short finisher animation completes.

To do all this, VoteforShifu fires off a round of Witherhoard, an Exotic grenade launcher that creates a blight pool that damages any enemy that stands in it. By hitting the exact spot where the gatekeeper spawns, he’s able to kill it off via pre-fired AoE damage while he’s back in the main room.

As an extra wrinkle, there’s also a chance that you can be teleported to a spot that isn’t immediately in reach of the relic. Given how short the timeframe is to pull all of this off, that would effectively kill the attempt—a frustrating bit of RNG in an already obscenely difficult challenge.

With the portal open, VoteforShifu is able to walk between the rooms, confirming the order and using the Eriana’s Vow Exotic hand-cannon to one-shot the Oracles. He can still only briefly dip into the side-room, due to the Lost in Time mechanic that wipes the team if all players—in this case, one person—are away from the main room for any real length of time.

Even aside from the glitch’s complexity, there’s all the usual raid nonsense to deal with too: swarming adds, boss attacks, and the pressure of having to kill Atheon within four damage phases to avoid a different instant wipe mechanic. There’s one incredibly tense moment towards the end of the third damage phase where he’s forced to scramble for cover, his health getting so low that a single stray bullet from a harpy would almost certainly be the end.

It’s also incredible the amount of weapon and armour switching that needs to be done—altering mods and stats to ensure extra survivability in some situations, and extra damage in others. By switching armour before the boss damage phase, for instance, VoteforShifu can bump his Titan’s strength to 100—speeding up his melee ability to more easily build the three stacks of the Roaring Flames buff in order to increase the damage done by his fusion grenades. It’s a reminder of the depth found in Destiny 2’s builds, even if the game’s official challenges rarely require such granular theorycrafting.

By my count—using DestinyTracker to add the deaths of each solo instance VoG session—it took more than 1,600 attempts for it to all come together. You can hear every one of them in his voice after Atheon finally goes down. It’s a ridiculous display of skill and patience, and a demonstration of the complexity found in Destiny 2’s raids—and the lengths some will go to overcome it.