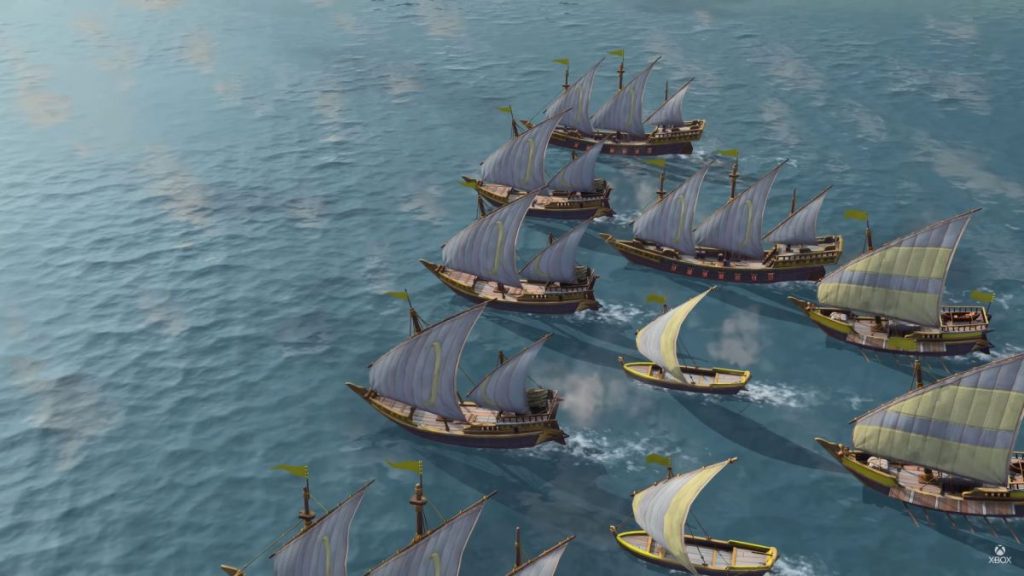 Two new trailers for Age of Empires 4 have arrived, one a brief glimpse of the Abbasid Dynasty civilization (based on the Abbasid Caliphate and the Mamluk Sultanate, rulers of the Islamic world for 750 years), their camel riders and House of Wisdom, and the other showing naval warfare. Neither has much to say about how the game will play, except that it sure looks like a game you’ll be able to run on a laptop.

Which is no bad thing, and the buildings do look much more nicely detailed than the not-to-scale units around them. Given that most of the time in an RTS you’re zoomed-out to a ridiculous degree the fact individual models look basic isn’t the end of the world. Not that you’d know it from the comments sections, which race back through the years with comparisons like “Nice 2010 graphics”, “2006 graphics ¿why?” and finally “AoE 3 which was launched in 2005 had better looking naval combat than this”.

Age of Empire 4 will launch with eight asymmetric civilizations. In addition to the Abbasid Dynasty you’ll be able to play as the Chinese, English, French, Mongols, Rus, Delhi Sultanate, and Holy Roman Empire. There are four historical campaigns (The Rise of Moscow, The Mongol Empire, Norman Campaign, and 100 Years War), and apparently the 3D terrain will provide advantages to units on high ground. Also archers can stand on walls now, which is nice.

Age of Empires 4 will be available on Steam and Game Pass for PC from October 28.