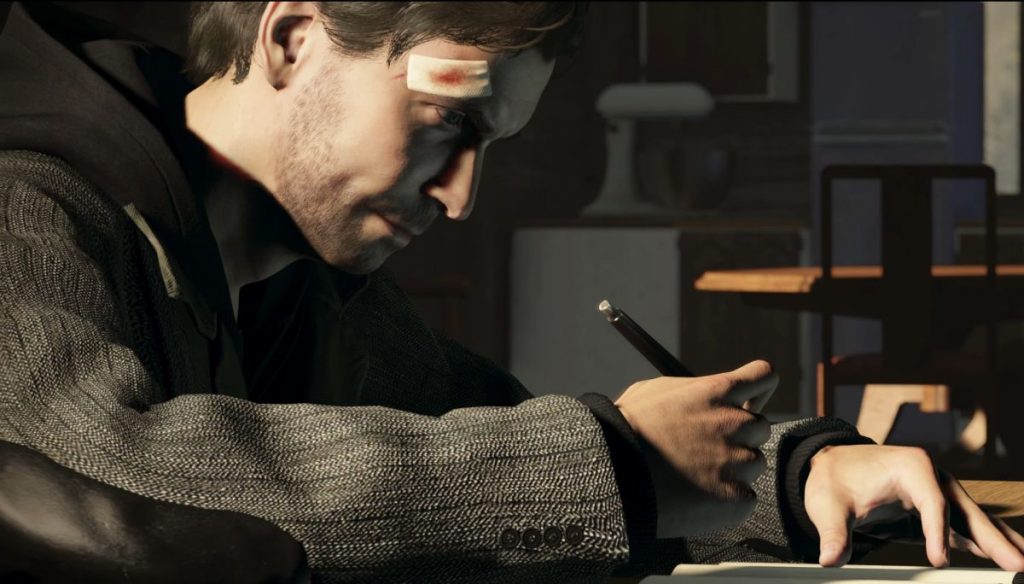 Earlier this week Remedy finally announced that a 4K remaster of its cult hit Alan Wake is in development and set to come out this fall. During today’s PlayStation Showcase, we got our first look at some updated gameplay, and even better, a release date: Alan Wake Remastered will be out on October 5.

The gameplay is unchanged—struggling author Alan Wake discovers a malevolent presence in the sleepy small town of Bright Falls, fights it with a flashlight—but the new version will boast “improved visuals, enhanced character models, and richer environmental details.”

To my eye, the game’s advanced age (Alan Wake originally launched in 2010) still shows through here and there—Alan and his wife on the couch just looks a little off, somehow—but there’s no denying the heightened fidelity: You can count the air holes on the bandage over Alan’s right eye.

Seriously, look at this thing:

The remastered release will be “the complete experience” of Alan Wake, including the base game and The Signal and The Writer expansions, so if you’re new to the series this is definitely where you want to jump in. It’s available for preordering now on the Epic Games Store for $30, and you can find out more at alanwake.com.