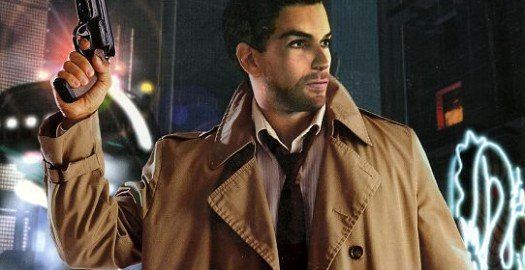 Amazon must feel like its TV lineup has a sci-fi gap, because Variety reports (opens in new tab) the company has now officially ordered Blade Runner 2099, a live-action series presumably set 50 years after Blade Runner 2049.

Work on Amazon’s Blade Runner show (opens in new tab) has been underway for a while, with reports that the company began fast-tracking development last February. That work must have paid off to someone’s satisfaction, because Amazon is now pot-committed to producing a whole sequel series.

Apart from the inference you can make from the series’ name—that it takes place 50 years after 2049—Amazon is keeping very quiet about the plot details of the show. We do know that Silka Luisa—who wrote and produced on Paramount’s Halo TV series—has been drafted to serve as showrunner. Ridley Scott will executive produce alongside Blade Runner 2049 co-writer Michael Green and various other people from a host of production companies.

And that’s… pretty much all we know, besides a statement from Amazon Studios’ head of global television Vernon Sanders, who promises the show will “uphold the intellect, themes, and spirit of its film predecessors”. I’ll believe it when I see it, though there would at least be some delicious irony in the company behind the Amazon warehouse (opens in new tab) delivering a lengthy meditation on alienation and the commodification of labour.

There’s no date on this one yet, nor even a probable year of release, so we’re probably going to be waiting a while to find out how well Amazon does at translating the film’s universe to TV. While you wait, you might check out Westwood’s classic Blade Runner game (opens in new tab), which actually does a spectacular job of translating the film’s ideas to a new medium. Best avoid the remaster (opens in new tab) though, it’s still in rough shape.