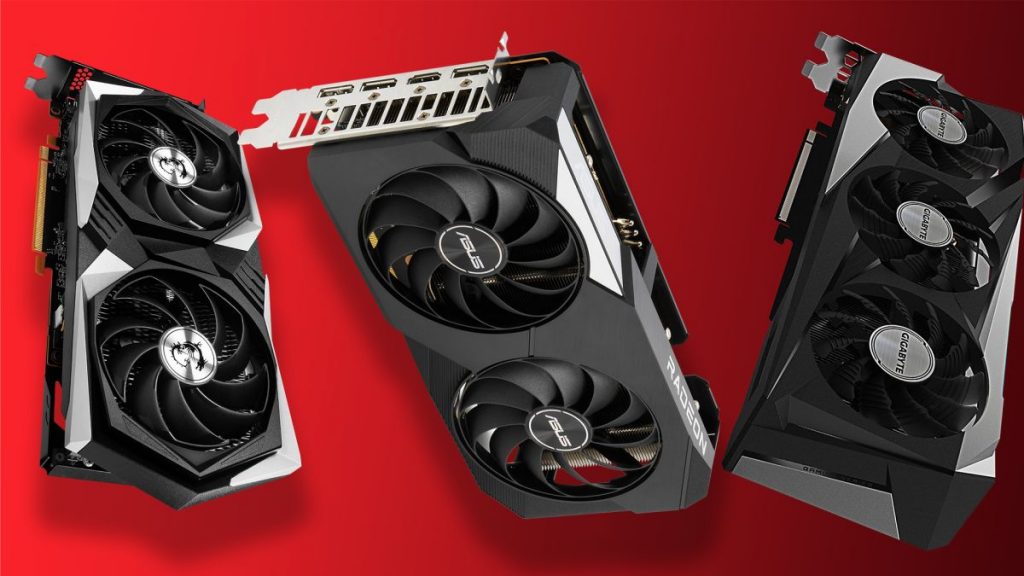 There will be no reference graphics cards out of AMD for the RX 6600 XT, instead the job of design and dispatch will be on AMD’s board partners from day one. I can confirm that ASRock, Biostar, Gigabyte, MSI, Powercolor, Yeston, XFX, and Asus have plans for the new GPU.

With that also comes factory overclocked models of the RX 6600 XT at launch, although you will likely pay a price premium for one of those.

What are the AMD Radeon RX 6600 XT specifications?

The Radeon RX 6600 XT will feature 32 Compute Units (CUs) for a total of 2,048 stream processors, which are the fundamental units namely responsible for gaming performance in AMD’s RDNA 2 architecture.

For rough reference as to what performance you can expect from that loadout, that’s only four CUs short of the PlayStation 5’s GPU at 36 CUs. And furthermore eight shy of the RX 6700 XT, which would usually sell for $479 MSRP if it weren’t for the ongoing chip shortage.

The Radeon RX 6600 XT will operate at incredibly fast speeds, though, something of a claim to fame for all RDNA 2-based graphics cards. With a game clock of 2,359MHz, the RX 6600 XT is right up there for the fastest graphics cards ever made.

Which might go some ways to explaining the total board power (TBP), which starts out at 160W.

Another common thread among RDNA 2 graphics cards from AMD is the use of Infinity Cache, and the RX 6600 XT is no different with 32MB of the stuff. This can act as surrogate memory in some cases and save a trip to the 8GB of onboard GDDR6 memory with the RX 6600 XT. We’ll have to wait and see how well the Infinity Cache on the RX 6600 XT will fare compared to previous RX 6000-series graphics cards, all of which come with a great deal more—either 96MB or 128MB.

AMD has also decided to limit the PCIe bus width with the RX 6600 XT to Gen 4 x8, as opposed to the Gen 4 x16 connection used on existing RX 6000-series GPUs. AMD says it “does not expect workloads to demand more PCIe bandwidth than is available on the 6600 XT”.

A PCIe 4.0 x8 connection offers effectively the same bandwidth as a PCIe 3.0 x16 slot, anyways, which was plenty enough for all manner of graphics card right up to the RTX 2080 Ti.

For all your ray tracing needs, AMD is bringing a total of 32 Ray Accelerators with the RX 6600 XT. These are dedicated ray tracing cores that offload a portion of the ray tracing workload to allow your graphics card’s cores to get to work elsewhere. They’re pretty good, too, although we’ve found Nvidia’s RT Core to be a more performant solution.

So with that in mind, 32 Ray Accelerators may be just enough to tune into low to medium ray tracing settings in compatible games today.

I’ve touched a little on the competition there, and there’s no doubting that AMD has its work cut out for it taking down Nvidia’s RTX 3060 12GB. That’s not our favourite Ampere graphics card, but it’s still a stern competitor to AMD’s RX 6000-series. The RTX 3060 12GB launched at an MSRP of $329, which means AMD will need to extend a decent lead with the RX 6600 XT at $379 to win that battle.

While I’ll wait to make my mind up once we’ve had a chance to test ourselves, AMD has released the following graph showing frames per second between the two in some of today’s top games.

I’ll say it again, it’s still early days for performance figures, but it looks like the RX 6600 XT edges the lead in a some major games such as Assassin’s Creed Valhalla and Battlefield 5, though loses out in Horizon Zero Dawn.

One thing to note: AMD has enabled Smart Access Memory (SAM) on the RX 6600 XT and Resize BAR on the RTX 3060 for these performance tests, which AMD likes to point out is not exactly comparable—SAM is reportedly better optimised. Yet another reason I’d be a little hesitant to rely on this graph alone.

Nevertheless, all due considerations made, it’s the best indicator of the Radeon RX 6600 XT’s gaming performance we’ve got for now. And one thing is for sure: the midrange GPU market is about to heat up with the arrival of the RX 6600 XT. That can only be a good thing when graphics cards are pricier than ever—we could really do with some more affordable GPUs right now. Like, right now.

August is right around the corner, at least. At which point you can try and nab yourself a Radeon RX 6600 XT amongst the initial stock squabble.