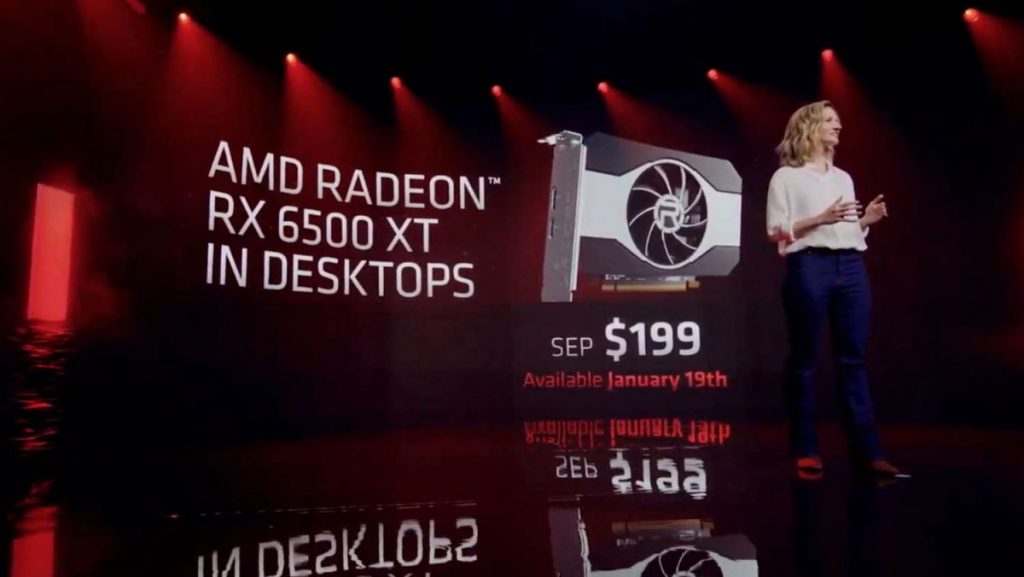 Look, a new graphics card! Yes, AMD has announced a new desktop GPU at its CES 2022 press conference, with the $199 Radeon RX 6500 XT launching on January 19. So it’s less than two weeks until you too can not buy a graphics card because it’s suddenly out of stock.

But it’s great that we’re finally seeing a new sub-$200 GPU entering the budget arena, I just hope AMD has actually been able to find production capacity to create enough of what will likely be a very in-demand graphics card.

AMD has said that partner cards will ship from $199, so we will likely see boards with higher sticker prices from the off, but there should still be some versions coming out with reference pricing. And that’s great for anyone looking to build a gaming PC on a budget.

As for specs, well, AMD has been a little tight-lipped at the CES event, only showing off its 2.6GHz Game Clock—”the fastest sustained GPU clock rates ever”—with 16 compute units and a pretty miserly 16MB of Infinity Cache. That translates into 1,024 RDNA 2 cores, half the cores of the RX 6600 XT, and a fair chunk down on the straight RX 6600, too.

One thing AMD hasn’t noted is the memory capacity, though rumours, seemingly confirmed by Lenovo, have pegged that at 4GB GDDR6, which is pretty low even for 1080p gaming.

I expect there’s a reason AMD hasn’t shown slides of its relative performance against an RX 5500 XT, and it’s probably because there’s not a lot in it. AMD’s more affordable RDNA 2 cards haven’t really moved the game forward compared to the original RDNA-based RX 5000-series GPUs, though I guess the difference is these chips are still nominally in production.

We’ll have to wait and see what sort of volume the RX 6500 XT launches with when the January 19 on-shelf date arrives.