AMD will “talk more” about RDNA 2, its next-generation GPU architecture, during its upcoming Financial Analyst Day. Building on the RDNA architecture introduced with AMD’s Navi graphics cards over the past seven months, the chipmaker is promising to spill the beans on its 7nm, ray-traced successor on March 5, 2020.

The Financial Analyst Day certainly sounds enthralling on the surface, but don’t let its rather drab title put you off. While we’re not expected a full RDNA 2 specification from the event, perhaps far from it, AMD has confirmed it will be discussing its upcoming architecture further during its fourth quarter earnings call.

RDNA is the name of AMD’s most recently launched GPU architecture. Built from the ground up for gaming on the 7nm process node from TSMC, it’s currently available in the RX 5700, RX 5600, and RX 5500 series graphics cards. RDNA 2, the company’s new and improved gaming architecture, is expected to land in refreshed gaming graphics cards and consoles (Xbox Series X and PS5) later this year.

“So, in 2019, we launched our new architecture in GPUs,” Dr. Lisa Su says (via Seeking Alpha), “it’s the RDNA architecture and that was the Navi based products. You should expect that those will be refreshed in 2020 and will have next generation RDNA architecture that will be part of our 2020 lineup. So we are pretty excited about that and we will talk more about that at our Financial Analyst Day. And on the data center GPU side, you should also expect that we will have some new products in the second half of this year.” 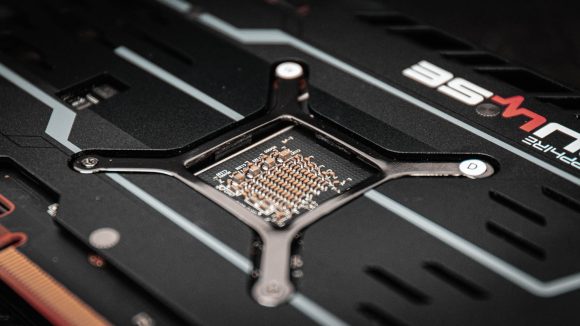 Aside from the RDNA 2 teaser, there’s also a hint as to its purpose. Su has confirmed that RDNA 2 is, in AMD’s eyes, a Navi refresh. If past refreshes are anything to go on, that alludes to a rather sensible performance uplift and tweaked feature set over today’s gaming graphics card lineup. We know AMD will be incorporating real-time ray tracing to some degree with RDNA 2, at least.

If you’re wondering how all these graphics cards stack up in terms of performance (there sure is a lot of them nowadays), make sure to check out our graphics card comparison guide.

The company’s incumbent architecture, GCN, is also sticking around. GCN is wholly compute-focused, and therefore makes for great data centre GPU horsepower. It would appear new Radeon GPUs for the enterprise markets are also on the way later this year.

That’s also a few weeks prior to Nvidia’s GPU Technology Conference (GTC), from March 22-26. Perhaps pre-empting an architecture announcement from the green team.