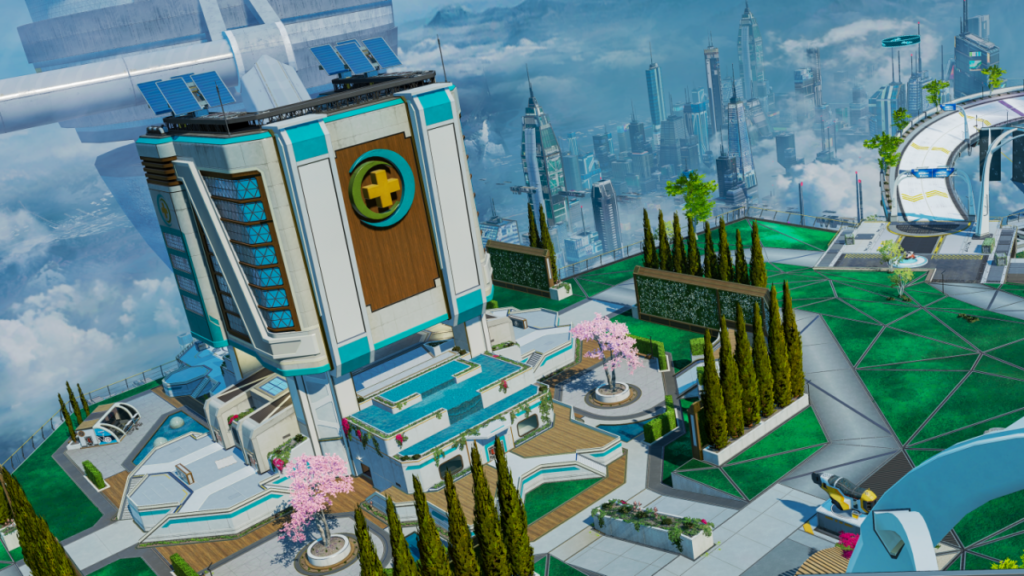 Earlier this week, Apex Legends’ neglected medic Lifeline was treated to a flashy Stories from the Outlands trailer (opens in new tab). But it continues to be a big week for Ms Che, as Respawn today announced that she’ll be getting her own clinic as an update to Olympus in the Awakening Collection Event (opens in new tab) next week.

Opening next Tuesday, Lifeline’s Clinic fills a previously empty spot behind Gardens with a new medical center, whose core feature is a handy med-bay that lets you recharge your health so long as it has an active charge. A platform at the back also lets you summon in a care package for extra loot once per game. A handy spot for a bit of R&R if you find yourself crawling out of a rough fight.

Lifeline herself has gotten some small buffs to her healing drone and care package to let her heal and resupply her team more efficiently and more often. More than the Lifeline town takeover, however, the thing I’m most excited for are tiny changes to ranked. Apex notoriously ego-checked the entire ranked community (opens in new tab) with a dramatic ranked rework, but the system has continued to feel aggressively punishing.

With small changes to per-rank entry fees and kill point values, it sounds like next split should at least feel a little more forgiving. After all, players in Silver and Gold shouldn’t be expected to play like it’s the grand finals of the Apex Legends Global Series.

Being a collection event, Awakening comes with a batch of super sentai mechs ‘n’ monsters to dress up your murderbuds as. Seer and Loba get some sentai-inspired looks to face off against monstrous redesigns for Ash, Maggie and Fuse.

“But Nat,” you’re already asking, halfway through one of my stories on an Apex collection event, “is the Horizon skin any good?”

Honestly, Pacific Rim Mary Somers is cute—but like most of her fits, it’s probably not enough to have be rushing to replace her default look. Hard to improve on perfection, isn’t it?

Awakening also sees the return of Control, Apex Legends’ secret best mode (opens in new tab). This time around World’s Edge is getting included in the 9v9 capture point mode with a map on Lava Siphon, and I’m keen to see how those daft wee trams play in such a chaotic landscape.

Awakening kicks off on Tuesday, June 21 and runs through July 5.