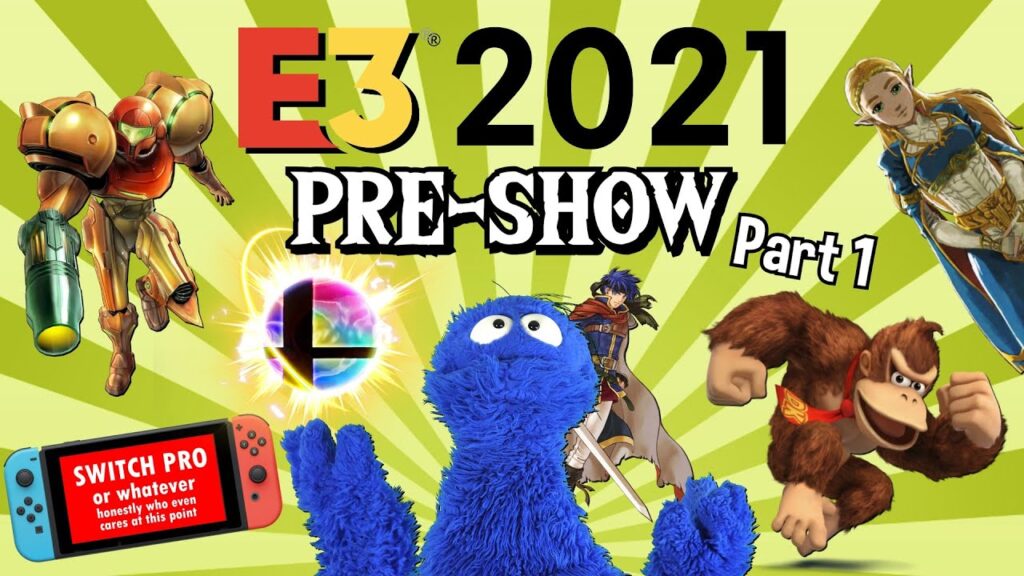 Go to https://buyraycon.com/arlo for 15% off your order! Brought to you by Raycon.

E3 2021 is almost here! Here are the rumors that have been going around and what we can expect to see at Nintendo’s show!

If you like what I do, please consider supporting me on Patreon!
http://www.patreon.com/ArloStuff

This video was edited by the lovely Kane!
https://www.youtube.com/user/FarfetchdReviews

Crash is the most talked about character. He HAS to happen!

We better get more splatoon 3 news

I love you Arlo

8:36 — "Metroid does not need another failure." *has Super Metroid footage playing in the background*

Why would you suggest something so brave, yet so controversial?

When you watch the video using raycons ?

Star Fox Grand Prix was a fake rumor created by Nintendo to weed out leakers, thought I'd let ya know!

With their new game coming out, I really think Ratchet and Clank have a good chance of getting into smash.

I don’t care about anything, but they better not say that botw 2 is cancelled…
WE WAITED 2 YEARS FOR NOTHING?!

With the mario party stuff, both smp and tennis aces released 2018, mp10 and ultra smash both released in 2015, so the two arriving together is actually fairly common

does anyone know the song that starts playing around 12:25? thanks so much!!

As I will always say when the Donkey Kong rumor is brought up, I would lose my mind, flip out, go… crazy, since bananas is too much of a low hanging fruit joke, if this was actually real, regardless of it being 3D or 2D. Now, I will also always say that it’s much more exciting to imagine this being a new 3D platformer, but my big hope is just a new Donkey Kong with King K. Rool in a role as the big bad again. Now, since this one is so important to me, however, I hesitate to believe it and tend to treat it as fake because Donkey Kong is in that boat of “Revered Nintendo IP they just do not do much with because Mario is more profitable EVEN THOUGH DONKEY KONG IS WAY BETTER THAN NEW SUPER MARIO BROS WILL EVER BE!” …Ahem… in any case… Just do not want to get my hopes up, so I’m saying not likely for my sake.

One thing Smash speculation always either glosses over or just outright ignores for wow factor third party reveals… Pokémon Sword and Shield getting a character in Smash. It makes the most sense, Pokémon didn’t get a new stage in Smash Ultimate despite being one of Nintendo’s biggest series and also getting a newcomer with Incineroar, there’s a lot of tracks and Pokémon to add spirits for, and, let me tell anyone reading this a little secret… Pokémon Company and Game Freak like money. And this would also be a much more cost effective choice than the licensing and whatnot with another third party character. Granted, I still would expect one more big third party character, which would be the big E3 reveal with a Pokémon reveal happening later on in the year, since much as I expect a Pokémon, I also think that being the Smash E3 reveal would not happen unless accompanied by a big show stopper reveal later in the same show.

Mario Kart 9 I’ve heard literally no rumors on, but with the knowledge of Splatoon 3 being a thing? I’m more willing to believe it’s possible on the Switch to get a new Mario Kart sometime.

And that’s it. I can’t really think of anything else I have to say concerning the expectations and rumors other than I agree entirely Splatoon 3 and Super Mario Party 2 are very unlikely to show up given the situation when Splatoon just was revealed and Mario Party JUST got that random online update, it feels too early for new stuff from either yet.

Hides in the basement

monolith's current project is related to Baten Kaitos,
We need more of that series.

I felt that exact feeling about Splatoon 3. These cinematic trailers that start ambiguous always feel like we won’t get any real information for a looooong time.

When is the return of Death ?

bruh, he even turns his own head away from the mic to make arlo's voice quieter, what a professional.

I know DDLC fans think Monika is gonna be in smash, now that Doki Doki Literature Club Plus was announced for the Switch.

I’m hoping for Path of Radiance, becauseI want a copy SO BAD. Thought I’m worried what they’re going to ruin it somehow.

I want either Ratchet or Sly Cooper for Smash. Have it be revealed at the PS show, just as an even bigger shock.

i have been playing mario kart 8 since i was in middle school. i am a junior in college. it is time for mario kart 9

I love this guy

stop saying you culd be wrong, we get it

Didn't Nintendo life or some other site say star fox grand prix was a completely false rumor made to see who was leaking stuff in Nintendo's staff?

A lot of people weren't excited when the TF trailer first dropped, and that wound up being maybe the best 2D platformer ever. If there's any truth to this DK stuff, I will be hyped.

Y'all MFer's really out here thinking there's not gonna be another Starfy game!?!

It's quite a safe bet to say Next Level are working on something. Nintendo would not drop the cash on a studio that has nothing in the works. I think whatever the project is (Diddy Kong Racing 2?) Nintendo were impressed enough to make them buy the studio.

I will cry happily if we get legit any Touhou rep in Smash.

Why am I suddenly uncomfortable with Arlo never blinking, it always has been like that why now?

Warioware is better suited to mobile or Online subscription. No way a 50 dollar game.

Hey bro there’s some political ad on before the video that immediately starts vomiting fake news. I doubt you have any control over that but I really don’t want politics in my muppet hosted Nintendo videos.

When Arlo adds a Metroid rumor because he just really wants a Metroid game on the swith. ?