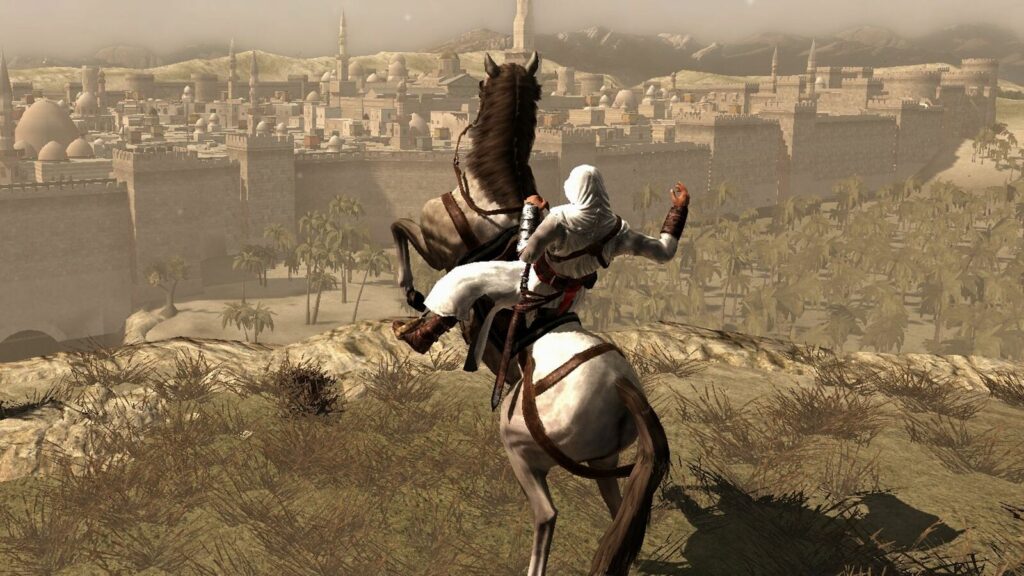 Former Ubisoft developer Charles Randall has been spilling the beans about the original Assassin’s Creed on Twitter again. This time, Randall made several of the RPS team spit out their tea when he revealed that the game’s horse model is really a stretched out human skeleton. That’s some genuinely nightmarish imagery to contemplate first thing in the morning.

Also the horse in AC1 was just a twisted fucked up human skeleton, because our tool chain only worked with biped in 3ds max.

Cheers to the amazing animators and riggers that managed to make that guy look like a horse!

I like it. It’s just a tinge more bizarre than when the Age Of Empires II devs garrisoned a horse inside another horse to ensure the continued existence of the Holy Roman Empire. Randall shared a few other snippets of osteological oddness about Assassin’s Creed too, such as turning protagonist Altaïr’s mate Malik’s arm inside out because the budget didn’t stretch to custom skeletons. It’s still there, but wriggling around inside him.


You might remember Randall from a couple of years ago, when he shared an explanation for why the side quests in 2007’s Assassin’s Creed exist. The gist: the CEO’s kid thought it was boring. To be honest, I kind of agree with Guillemot the younger about much of the first game. If shoving in some side-quests that early in the series meant that we got more fleshed out games later then that’s fine, I guess?


Randall and his former team’s digital Dr Moreau shenanigans are among the weirder aspects of Assassin’s Creed, which Ubisoft probably won’t want to focus on now they’re trying to celebrate the series’ 15th anniversary. My favourite random AssCreed nonsense is the Mister Men and Little Miss books starring Ezio Auditore, Kassandra and Eivor that were announced last year. What are you even doing, Ubisoft?


You can find Assassin’s Creed on Steam, GOG and the Epic Games Store, if you’re interested in some man-riding action.