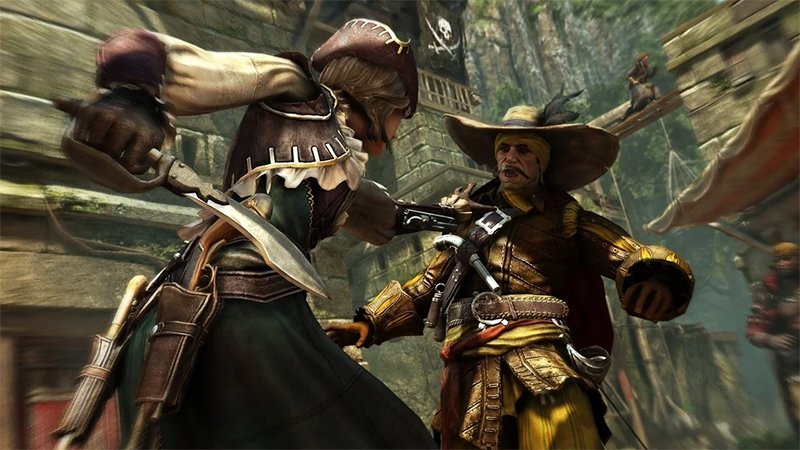 Axios’ report states that Invictus is being made by developers who worked on Rainbow 6 Siege and For Honor, both of which have been multiplayer staples for the publisher over the last generation. Invictus will also be part of Assassin’s Creed Infinity, which will act as a hub for future entries.

Axios reporter Stephen Totilo shared more on Twitter, noting that Vice President Executive Producer Marc-Alexis Côté showed a concept image of familiar characters (and a minotaur-esque being), implying Invictus would involve protagonists and antagonists from past entries. Côté also noted that it wouldn’t have a central setting, meaning it would probably jump around to different time periods and places.

Côté was a little more straightforward with Eurogamer, telling the outlet that it is “part of [their] creative intention to bridge the different Assassin’s Creed games together in a multiplayer experience” that is “inspired from what [Ubisoft has] done in the past.” But even with those inspirations, it will still be a “new kind of multiplayer experience,” according to Côté.

Assassin’s Creed has bucked multiplayer in its last few entries. While 2015’s universally maligned Unity had co-op, the series hasn’t had competitive multiplayer since 2014’s Black Flag. The tradition started in 2010’s Brotherhood and saw users tracking down and stalking their target while avoiding those on their tail.

Côté also confirmed to Axios that Ubisoft is not developing a remaster of the original Assassin’s Creed or some sort of crossover with Origins, both of which were heavily rumored. However, he didn’t want to completely close the door on the idea of developing an upgraded version of that 2007 debut sometime down the line.

RELATED: Everything Announced at the Ubisoft Forward September 2022 Event

Côté also added that Red, the Japan-based entry, will be getting more development time in order to “reach [a] higher quality and be more sustainable from a human and technological point of view.” Red will also be an “epic” title with years of post-launch content and be akin to Valhalla and Odyssey in that regard.

But even though Red will be more akin to those two games, Hexe won’t be cut from that same cloth. Côté noted that Ubisoft is “not coming out with another 150-hour game right after Red” and that Red and Hexe can live together concurrently because they are structured differently. Ubisoft has yet to confirm exactly what Hexe will be and its teaser trailer was very vague, but earlier reports noted it would take place during the Holy Roman Empire during the 16th century and revolve around witch hunts.