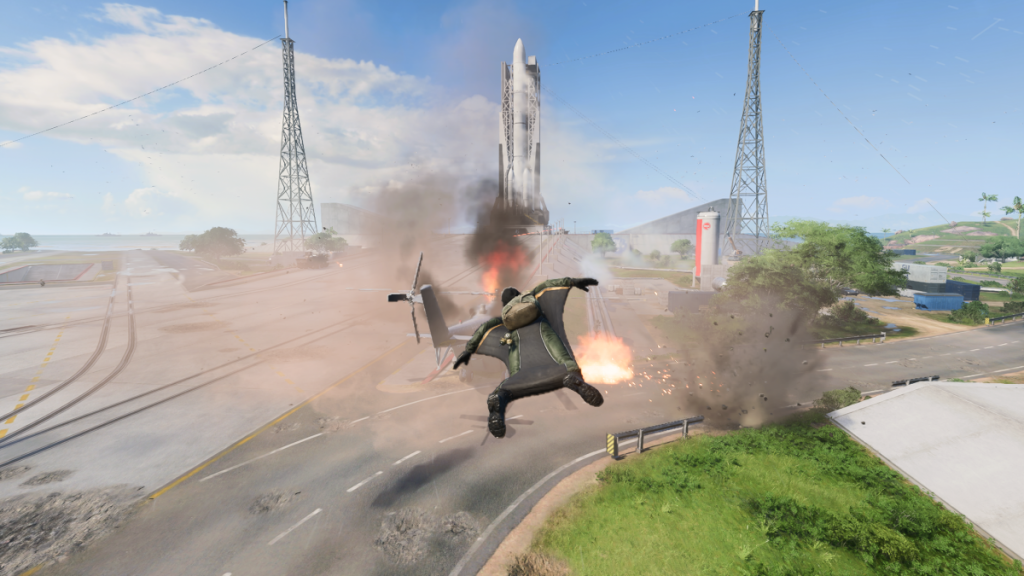 Battlefield 2042 has launched and our own Tyler Wilde reckons there’s a lot to love about the game—but an especially notable feature of this entry is the powerful Portal creation tool. It basically contains maps, guns, gadgets and vehicles from BF2042 plus a bunch of the older games, and allows players to jumble them up together in creative ways.

Which they are already doing with, in this case, necessity being the mother of invention. One of BF2042’s other additions is a wingsuit, which is extremely fun to whizz around in, and redditor AndyGMB has made a training course for the item—the only problem being that, right now, there’s no way to visually represent the ‘hoops’. So they made them out of bots instead.

As one reply notes, “we got Superman 64 in Battlefield now.” It’s hard not to laugh at the absurdity of rings formed out of paratrooping dummies, which then shoot forwards to form new rings while making a silly little squeaking noise.

That aside though, the other thing this makes me think of is Counter-Strike’s subculture of ‘surf’ maps, which are basically obstacle courses that take advantage of the engine’s physics and have you sliding along winding ramps, making smooth last-second turns, and landing difficult jumps. They range from simple and chilled-out pleasure rides to zany Escher-like creations that have you shooting all over the place. Surfing with a wingsuit? Why not.

BF2042 has had a somewhat-rocky launch, though that almost seems like a feature of the series: negative fan reception followed by people deciding it’s actually good six months down the line. One of the strongest tools it has for the future is Portal which, as this shows, has the potential to create the series’ next great modes.