BioWare has no plans to end Star Wars: The Old Republic anytime soon 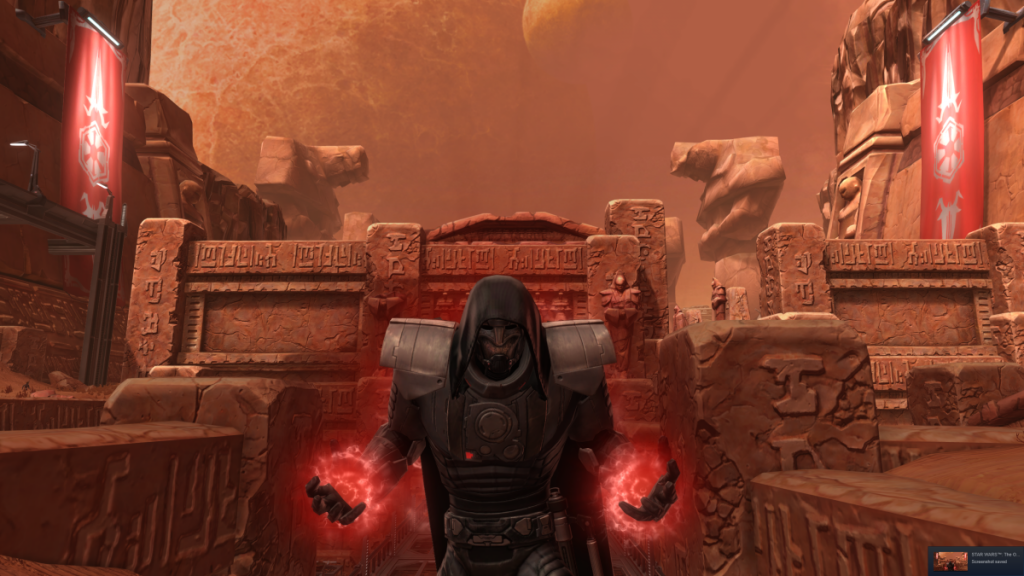 I was an optimistic 20-something when I rolled my first Bounty Hunter, with his bad scars and bad attitude, in Star Wars: The Old Republic. A decade later, I’m dour and approaching middle-age, but I’m still gleefully rolling alts and chewing through some of my favourite MMO stories. I’m ravenous for them. And, lucky me, it looks like BioWare doesn’t have any plans to call off the galactic wars and Sith intrigue.

Chatting with creative director Charles Boyd about The Old Republic’s impending 10-year anniversary, I confess I was hoping he’d say that BioWare was almost done with the MMO—but only because I’m craving a sequel. I always want new, shinier things. But the team has “no plans to stop anytime soon,” he says. There are more stories and sci-fi crises to come.

It does feel like things are building up to some kind of conclusion, though, especially with the recently resurrected Darth Malgus stepping back into the role of antagonist for the Legacy of the Sith expansion. This lad’s been a big presence for a long time, sometimes as an ally, sometimes as the game’s main antagonist, and once as a dead guy, and now he’s on his revenge tour after cutting off the strings that made him a puppet to the Sith Empress.

“Malgus has been around since the start,” says Boyd. “He’s probably our most recognisable villain. You know, he was first introduced in those CG trailers before the game even launched. So with it now coming around to 10 years, coming around kind of full circle, maybe that could happen, maybe some kind of closure for Malgus. Whatever that might mean. That could be a reasonable guess.”

Whatever happens to the big Sith grump, Legacy of the Sith is just part of it, with Boyd promising “more to come from him” beyond the next expansion. I can certainly understand BioWare’s desire to keep its most recognisable and long-running villain around for a bit longer. And who’s to say that “closure” means a lightsaber through the chest. Maybe he’ll just go off and become a moisture farmer on Tatooine or take up swoop bike racing.

As much as I’d love to see what the folks in Austin could do with a new engine and a fresh start, I won’t turn my nose up at more Star Wars yarns from a studio that has worked on this universe for longer than nearly any other team. MMOs, the ones that don’t burn out immediately, have extra-long lifespans. There have been staff changes, of course, but BioWare Austin has been working on this game and filling it with stories for a decade—even longer, if you consider its lengthy development. And through this it’s spun a diverse and sometimes surprising set of yarns.

Where SWTOR goes from here

More than any other MMO, SWTOR has been a great source of scripted tales. At launch, the highlight was the class stories, giving players eight unique adventures, each with a liberal dose of agency thanks to an abundance of dialogue choices. When the class stories ended, BioWare struggled to get back the magic, even when it returned to its roots and reintroduced Revan, but then came the transformative Knights of the Fallen Empire expansion, with missions and companions strongly evocative of singleplayer RPGs. It came very close to BioWare’s original goal of making its MMO Knights of the Old Republic 3, 4, 5 and so on.

As well as Legacy continuing the story, it’s tweaking how you experience it, particularly the original class stories. Class and story are now being separated, so you’ll be able to experience the smuggler storyline while using the bounty hunter’s bag of tricks. To experience the Jedi and Sith stuff, you’ll still need to be a Force user, and you won’t be mucking around with lightsabers if you’re gallivanting through the galaxy as a Han Solo knock-off. That still leaves you with a lot of combinations, though.

I’ll inevitably be making some more alts, but what I really want is more class stories. That’s asking a lot for an expansion, of course. Most of them have had two distinct paths—Empire and Republic—with the exception of the Fallen Empire and Eternal Throne expansions, which had a single storyline with lots of smaller branches. Throwing class stories back into the mix would bump that up to eight. It’s not very realistic.

“I think it’s unlikely that we would ever go in a direction where now it’s eight completely separate storylines for several years,” says Boyd. “That’s just so many different things to keep track of, and to produce. It’s literally eight times the work, right? Not quite eight times the voiceover, but it is a lot. But that said, we’re always looking for chances to kind of call out your class versus someone else’s, or your background versus someone else’s, in any of the stories we do.”

We’ve seen a few of these callbacks before. A personal favourite was the Sith Inquisitor getting their seat on the Sith Council back, which was lost during the events of Fallen Empire. Getting a seat on the council was the culmination of all the plotting and mucking around with ghosts that took place during the class story, so it really did feel like a huge deal to get it back after all these years. And I did it with style.

Boyd says he could see the team doing that again, reminding players where they’ve come from. “You were just a baby Sith all those years ago, and now look at you.” That’s still a lot of work, he adds. “It’s a big undertaking, but I think it would be a cool one.” As long as my Inquisitor can sit on his throne and scowl every now and then, I’ll be happy.

The specifics of Legacy’s story are still under wraps, of course, frozen in carbonite until launch day. Though we’ll hopefully see some teases before then. In the meantime, at least we know that SWTOR isn’t going anywhere.

Legacy of the Sith is expected out during the holiday season.