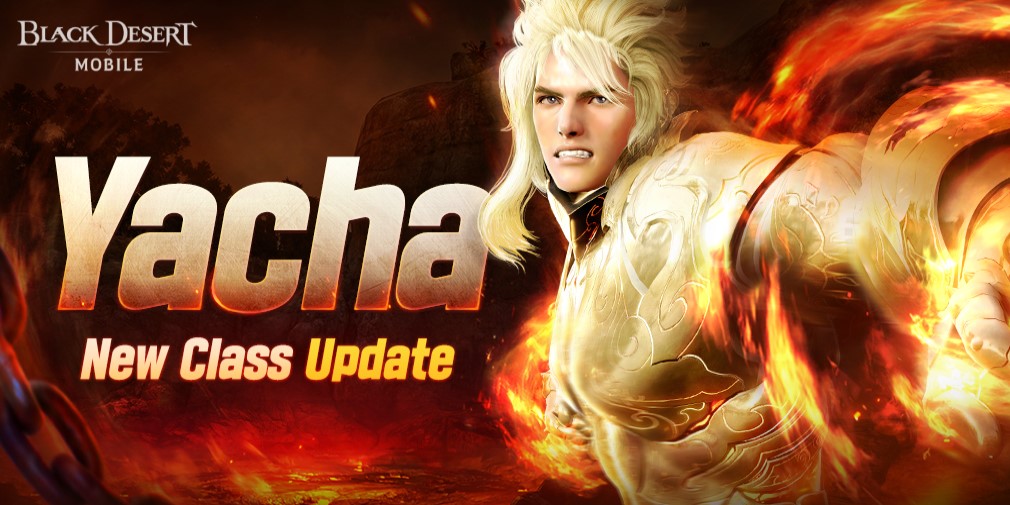 Pearl Abyss has just introduced a new character class to Black Desert Mobile. Referred to as the Rampaging Beast of the Battlefield, Yacha is the newest hero being added to the BDM squad and he’s an absolute unit. He engages in hefty melee combat using the Gardbrace as his main weapon and Fulu Ward as a sub-weapon. Yacha has always been battling with himself but recently, he managed to take control over his Echo Spirit which simply put, is a manifestation of all his energy. This has made him even stronger and he’s now able to perform explosive attacks thanks to the 13 unique skills he possesses.

Accepting his inner anger, Yacha uses his Spirit Burst move to dash ahead and obliterate enemies in his path. Using Eagle Drop, he leaps forward into the air and comes crashing down as he kicks his opponent, severely damaging them. His third skill sends enemies airborne as Yacha sweeps the ground beneath them. His move Lights Out sees him throw a monstrous punch that inflicts an obscene amount of damage. And these are just four of his skills with nine more waiting to be discovered.

As players use Yacha and level him up, more of his abilities will be unlocked. This will allow chaining and combining them to wreak havoc on the field. Getting him to level 60 will further unlock two hidden quests that reward players with the title of the Wandering Rogue Wolf.

Meanwhile, Black Desert Mobile is also hosting an event to celebrate Yacha’s arrival. These include Yacha’s Daily Training which will provide rewards like Fortune Scrolls, Alchemy Stone Growth Support Chest and Accessory/Exchange Certificate Selection Pouch and more. Additional rewards will also be up for grabs until May 30th.

Add Yacha to your team by downloading Black Desert Mobile for free on the App Store and Google Play.

Also, check out the best adventure games to play on mobile!