Home » Blizzard’s president is out, studio to be co-led by a woman for first time in its history

Blizzard’s president is out, studio to be co-led by a woman for first time in its history 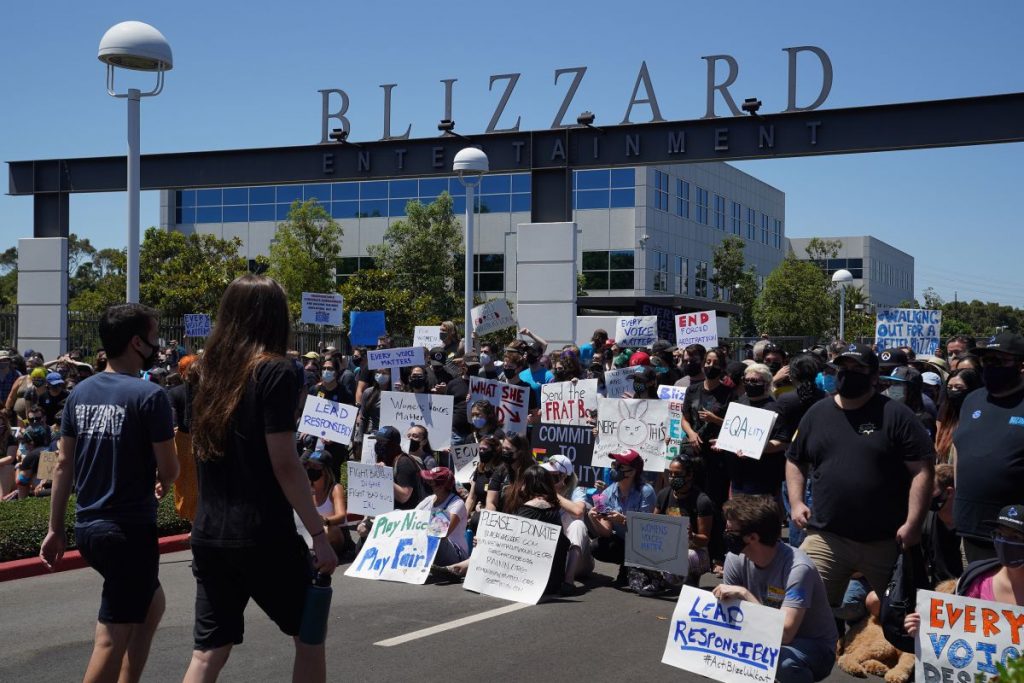 On July 20th, California’s Department of Fair Employment and Housing filed a lawsuit against Activision Blizzard collecting “numerous complaints about unlawful harassment, discrimination, and retaliation” at the company. Shortly afterwards, more than 3,000 Activision Blizzard employees signed an open letter to management speaking up for victims and making a call for “official statements that recognize the seriousness of the allegations and demonstrate compassion for victims of harassment and assault.”

Activision Blizzard CEO Bobby Kotick promised a rapid response. Today Blizzard has announced that J. Allen Brack is leaving his position as the president of the studio, to be replaced by Jen Oneal and Mike Ybarra as co-heads of the studio.

Jen Oneal has been at Blizzard since January, before which she was the studio head of Vicarious Visions. Mike Ybarra was a longtime Xbox employee, holding various positions there, before joining Blizzard in 2019 as an executive vice president. Blizzard’s statement says: “Jen and Mike have more than three decades of gaming industry experience between them. Moving forward, they will share responsibilities over game development and company operations.”

Brack had been named in the California lawsuit, specifically concerning how he’d dealt with allegations made against Alex Afrasiabi drinking too much and harassing female employees at company events. It’s alleged Brack’s punishment for Afrasiabi, verbal counseling, amounted to little more than a slap on the wrist for such behaviour.

Brack was also on-stage during a 2010 Blizzcon Q&A panel where the various developers’ responses to a question about the over-sexualisation of characters is simply embarrassing.

Today’s statement from Blizzard goes on to make explicit that this change is related to working culture:

“Both leaders are deeply committed to all of our employees; to the work ahead to ensure Blizzard is the safest, most welcoming workplace possible for women, and people of any gender, ethnicity, sexual orientation, or background; to upholding and reinforcing our values; and to rebuilding your trust. With their many years of industry experience and deep commitment to integrity and inclusivity, Jen and Mike will lead Blizzard with care, compassion, and a dedication to excellence.”

As journalist and former Kotaku EIC Stephen Totilo pointed out, the timing of this seems tied to a quarterly earnings call today on which Brack would have been expected to field questions.

Timing tracks. Activision Blizzard reports quarterly earnings today and, if they do it as they always do, will take live calls from analysts. Brack, as head of Blizzard, usually is on those calls. https://t.co/L1dVX93CKMAugust 3, 2021

“I am confident that Jen Oneal and Mike Ybarra will provide the leadership Blizzard needs to realize its full potential and will accelerate the pace of change. I anticipate they will do so with passion and enthusiasm and that they can be trusted to lead with the highest levels of integrity and commitment to the components of our culture that make Blizzard so special.

“Finally, thank you all for being a part of the Blizzard community, and for your passion and determination for safety and equality for all.”

The discrimination lawsuit is just the latest in a long string of controversies involving Blizzard’s management in recent times (here’s a timeline of how the company’s reputation has collapsed over the last three years). Between massive layoffs, numerous reports on its toxic workplace, and highly anticipated launches reportedly sabotaged by mismanagement, the perception of what used to be PC gaming’s darling developer has changed utterly.

The Californian state’s proceedings against Blizzard are still pending, and could last for months or years: here’s everything we know about the current situation.