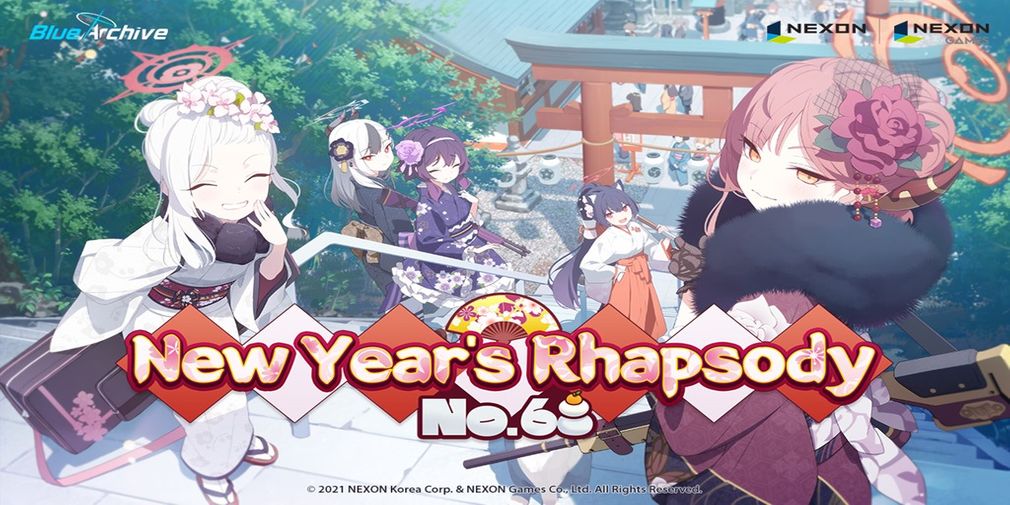 The super popular mobile gacha RPG Blue Archive, published by the legendary Nexon, has announced its next event that will run from now until August 16th. This event, entitled ‘New Year’s Rhapsody No. 68’, will centre around Problem Solver 68 members, and adds two new characters along with up to 1,200 in premium currency simply from logging in.

The highlights of this are, of course, the two new characters. Aru in her New Year version and Mutsuki in her New Year version as well both come with a new set of skills along with a brand new look for both. Aru’s EX skill deals massive damage based on stacks of her evil deeds and then uses those stacks to do piercing damage proportional to her ATK on one enemy. Mutsuki’s EX Skill deals mystic damage proportional to her ATK to all enemies in an arch in front of her. These two skills are extremely dangerous for your foes and will dish out huge numbers, so these are both units you absolutely want to get your hands on. Also, they’re quite cute, so that should be reason enough.

In addition to these new units, there will also be a new story chapter to play through that will feature the cast of Blue Archive as they celebrate the New Year. There will also be 15 new furniture items, each based on the theme of the New Year as well, ranging from a New Year Pattern Background and New Year Releasing Kotatsu.

Various events are planned, but the primary one is the log-in bonus that only requires you to log in to Blue Archive by Tuesday, August 16th, and will hand out 1,200 of the premium in-game currency Pyroxene. And finally, all players will receive a New Year’s Lucky Pouch upon completion of the new story chapters which can be exchanged for various rewards as well until Tuesday, August 30th.

So, there’s plenty on offer here to celebrate the New Year with your favourite students while also receiving lots of free rewards. If you’d like to see more, you can check out the official Blue Archive Twitter account. In the meantime, if you’d like to dig into this event yourself, you can download Blue Archive for free at either of the links below!