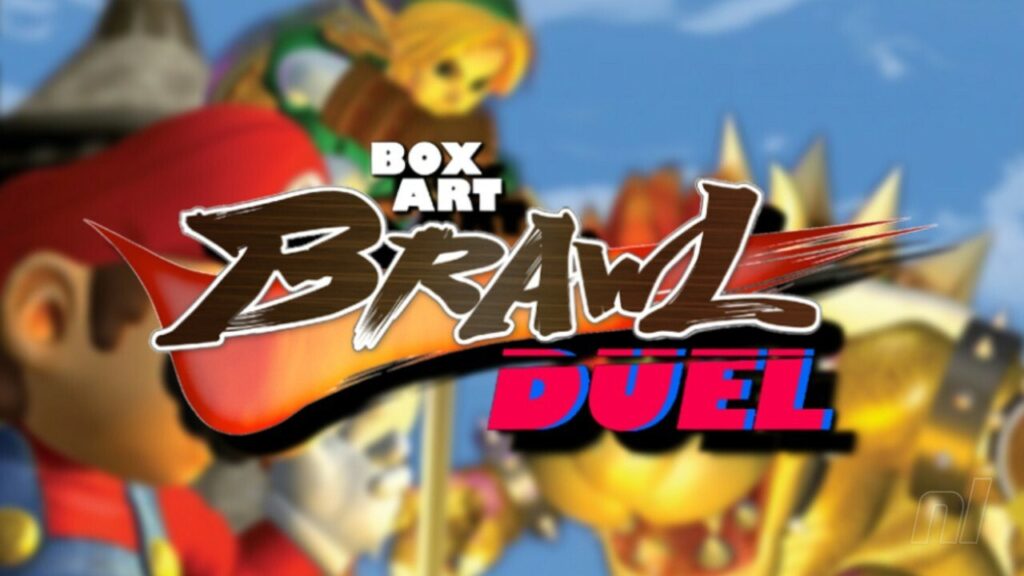 Hello, and welcome to the 100th edition of Box Art Brawl!!

This is a pretty momentous occasion for us at Nintendo Life and all of you Box Art Brawl enthusiasts, so thank you for participating over the years! We have a big one to kick off the celebrations, but first, we need to look back at last week.

For the past two weeks, we’ve been looking at the box art for the Mario Strikers series, and last week it was the turn of 2007’s Mario Strikers Charged to take to the pitch. And this time, Europe & Japan’s box art came out on top with a pretty healthy 76% of the vote! Both are pretty electrifying, but you made your voices heard here.

So what could be a worthy battle to commemorate our 100th edition of Box Art Brawl? It has to be Super Smash Bros. Melee. We’ve already done the original N64 game, and Melee celebrated its 20th anniversary in Europe and Oceania in May, so this is perfect. is easily one of Nintendo’s most iconic video games. While the N64 game rang in the series, Melee is easily the game that defined it and made it the smash hit it is today. It’s still played competitively today, and it also helped cement the GameCube controller’s status as one of the very best. Yes, we said it.

For this 100th round, we’ll be pitting the Japanese box art against the America & European. Both are pretty iconic in different ways, but we want to hear what you think. Let’s make it a Brawl to remember!

Be sure to cast your votes in the poll below; but first, let’s check out the box art designs themselves.

Ah, yes, this is the box art of many people’s childhood, their teenage years, etc. Iconic is an understatement. Mario, Link, Bowser, and Pikachu are all getting ready to battle. Link’s Master Sword is plunging into Bowser’s flame. Many of the game’s characters (new and old) are in little boxes on the left and right of the cover. This was a signal that Smash would be getting a bit more real, as much as we love the cartoony box art of the N64 game.

But come on, you can’t deny this isn’t very cool, either. Melee was called Dairantō Smash Brothers DX in Japan, and on this cover, it looks like Mario and co. are facing off against Link & co. One thing we prefer about Japan’s cover is that a lot of the cast get a bit more space rather than just being popped in cute little icons at the sides. Zelda, Ice Climbers, Samus, Ness, Peach, etc. — everyone is here! Sort of. The sepia tone also gives it a classic feel, like this will be a clash of Nintendo’s classic titans.

We couldn’t think of a better game to celebrate our 100th edition than the game that literally puts Nintendo characters up against each other. And this is the series that helped give this feature a name, after all.

Make sure you tune in next week to find out the results of this epic bout!

Thanks for voting! We’ll see you next time for another round of the Box Art Brawl.