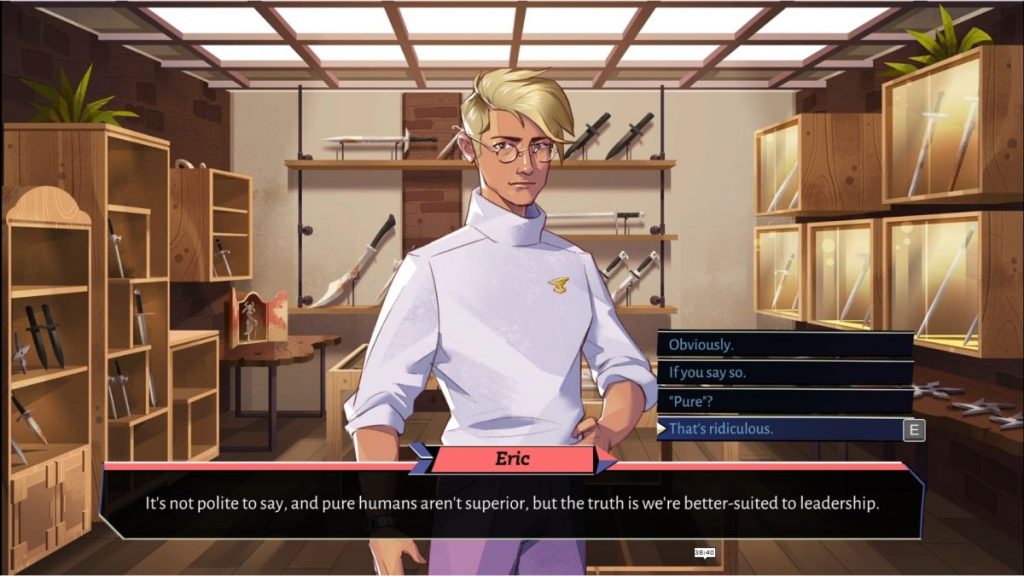 Boyfriend Dungeon is about dating and dungeon crawling with swords… that are also people. It had a surprise release on the 11th of August, and despite its goofy premise on the surface, its story explores some sensitive themes, as Rachel noted in her preview: “Dating for many women and queer folk in general is, unfortunately, a huge risk, and meeting in public, having a friend on hand, and checking out the place are just some of the many safety tips used when meeting dates the first time. For a game about smooching sharp weapons, it’s great to see Boyfriend Dungeon acknowledge that.”

As you begin the game, there’s currently a content warning that reads: “This game may include references to unwanted advances, stalking, and other forms of emotional manipulation. Play with care.” On Friday, some players took to Twitter to complain that this content warning felt inadequate. These elements are an integral and continuous part of the game’s main storyline, rather than passing or background references.

Some also called for the storyline to be “opt-out”, in the same way as you can choose not to receive encouraging texts from “Mom” at the beginning of the game. This was a controversial suggestion, with critics and designers arguing that the content warning was the point where players could opt out of play, and that indie and LGBTQ+ art is often held to a different standard to the mainstream.

This afternoon, Kitfox Games sent out a tweet stating that the content warning would be updated to be “more accurate”.

The content warning for Boyfriend Dungeon inadequately describes the events of stalking and emotional manipulation that exist in the story. We’ll update the game next week with a more accurate CW. We apologize for any hurt inflicted by our mistake. Thank you for playing!August 14, 2021

The developer also apologized for “any hurt inflicted” by the original wording. It has not stated plans to alter the game in any other way.

Much of Boyfriend Dungeon really is about emotionally guarded daggers and facing your fears with lasersabers who are also K-pop stars. Prospective players who don’t want to encounter stalking as a recurring theme, however, will presumably get a clearer heads up when the game is patched next week.