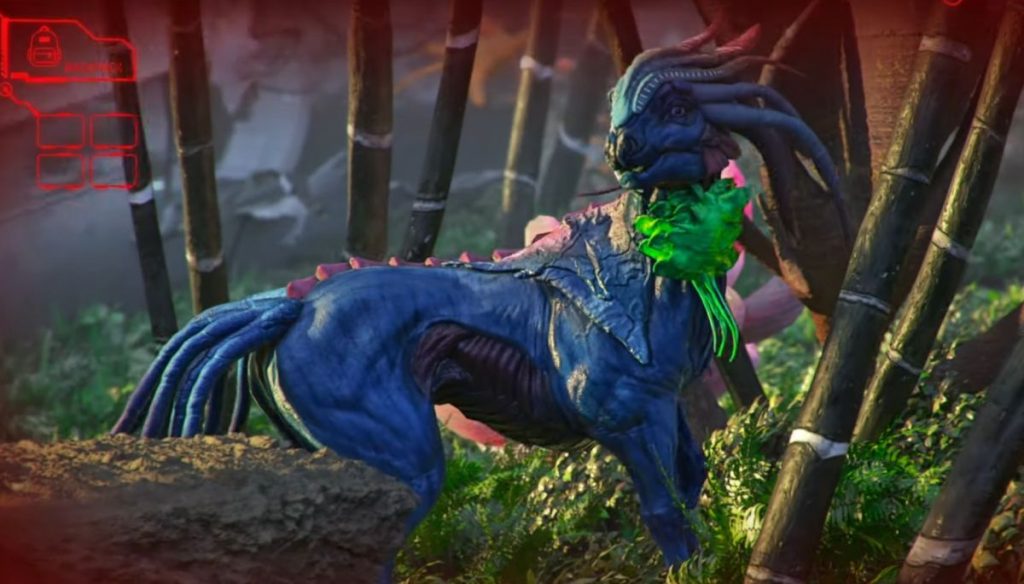 Life is good in the distant future. Humanity has conquered the cosmos—we stride betwixt the stars like gods! Until our ride suffers a catastrophic blowout, that is, at which point you go screaming into a flat spin at about Mach 2 and all bets are off.

The good news is that you are not dead. The bad news is that you didn’t pick the friendliest world in the universe to be stranded on. That’s the setup in Lost Away, a sci-fi survival game set on a beautiful yet decidedly hostile alien planet announced today by Polish indie publisher S2 Games.

Job one: Don’t suffocate. Before you can really get things rolling you need to find a temporary source of oxygen, which fortunately can be found in at least one Facehugger-looking thing you can slap on your mug when things get tight. Desperate times and all that.

Once that’s squared away, you’ll use a hammer and “plasma tool” to scavenge parts from your downed ship, harvest local resources, build a shelter, and evolve it into a permanent base of operations. No rescue is coming, so you’ll also want to do something about fixing up your vessel enough to hopefully make contact with someone, and maybe get a lift off this rock.

It all looks suitably alien, but I’m curious about what sort of narrative lies underneath it all. When I think about sci-fi survival my mind goes immediately to Subnautica, which set a very high standard in the subgenre; there’s no indication as to what sort of story Lost Away will tell, if any, although the announcement hints at something going on, saying that alongside the day-to-day effort to stay alive, players will also “explore this vast world in search of answers.” Answers to what? That is the question.

Lost Away is up for wishlisting now on Steam. There’s no release date yet, but you can find out more at s2.games.