Bring life to a barren world in upcoming roguelite Sandwalkers 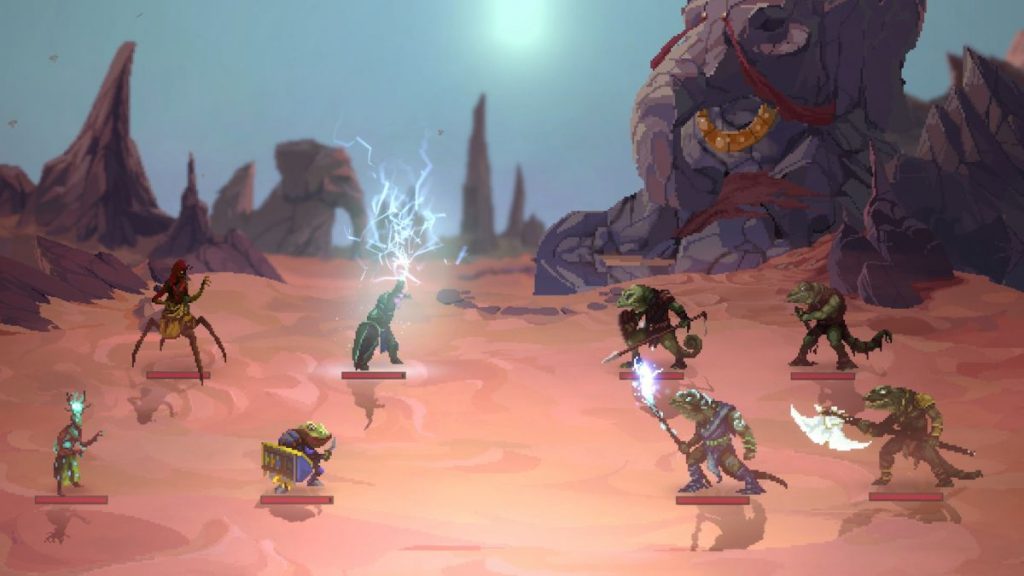 Goblinz Studio, developer of dungeon-defendin’ roguelite Legend of Keepers, has announced Sandwalkers, a new rogue-style game that swaps dungeons for deserts. Set in a world ravaged by climate change, the game puts you in charge of a caravan ferrying a botanist who may yet bring the world back to life.

Despite seeming like any other turn-based roguelite at a glance, there are some fresh ideas in Sandwalkers, as explained on the Steam page. There’s acid rain, for one, which is joined by sandstorms and heatwaves as environmental hazards trying to kill you.

On Steam, Goblinz says, “don’t underestimate the weather! It influences the movements of the characters and the outcomes of confrontations.” I haven’t seen a meaningful weather system in a game since, ooh, Mad Max, and I’m very ready for another.

Weather aside, this also seems to be a very eco-friendly game, which makes sense as you’re trying to repair the climate. More specifically, your objective is to “seek rich arable soil to plant a new Tree City for your people.” It’s rare to see a game where your goal is to plant trees rather than chop them down, and it may help lend Sandwalkers a different flavour than the hopelessly grim, dungeon-set roguelites that it will soon be rubbing shoulders with on Steam and GOG.

There’s no release date yet, but you’ll find the announcement trailer above. May it inspire a caravan of heroes to somehow restore our own messed-up climate.