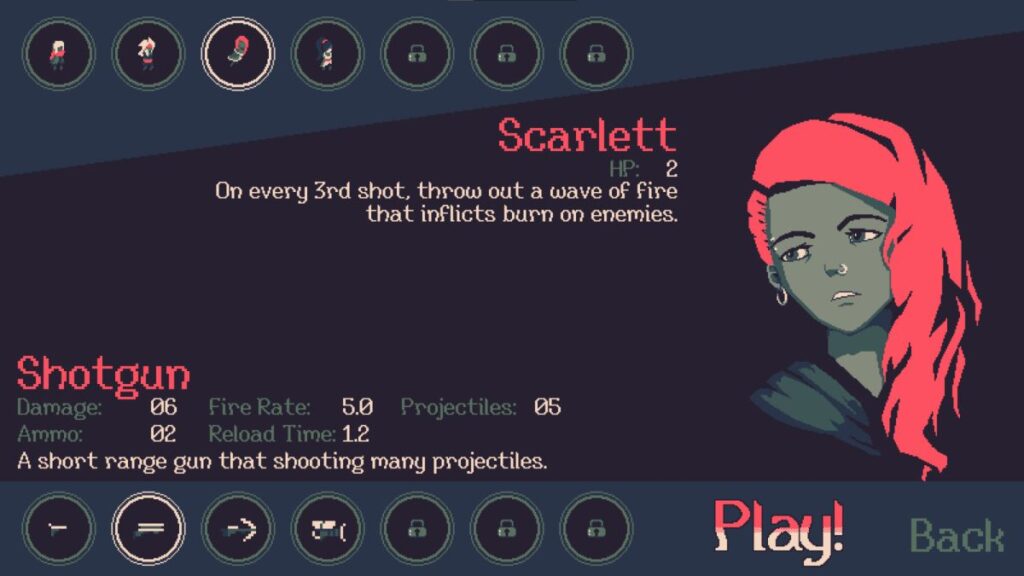 We all like roguelite action games right now, no? Here’s a cool one: 20 Minutes Till Dawn, a shoot-em-up that lets you choose a character, a weapon, and go hog wild with twisty upgrades to mow down monstrous baddies to survive that titular 20 minutes. You might be a fire wizard with a shotgun, for example, or an agile ninja with a crossbow and a ghost helper.

Perhaps best, it has a free demo version available, the aptly-titled 10 Minutes Till Dawn.

After spending some time with the demo and unlocking all its stuff to play with, I quite liked where 20 Minutes Till Dawn was going. Swapping between interesting builds based around ideas like knockback, automatic fire, and summoning was fun between runs. Though there wasn’t too much variety between how characters play yet, each one could be optimized quite differently based on which weapon was chosen. My favorite setup was a beefy shotgun lady who basically never, ever stopped shooting.

It’s definitely the kind of bite size action gameplay that has made the recent Vampire Survivors such a hit with some. You can find 20 Minutes Till Dawn and its demo on Steam. Developer flanne is also working on a strategic RPG, Spiritlink Tactics.