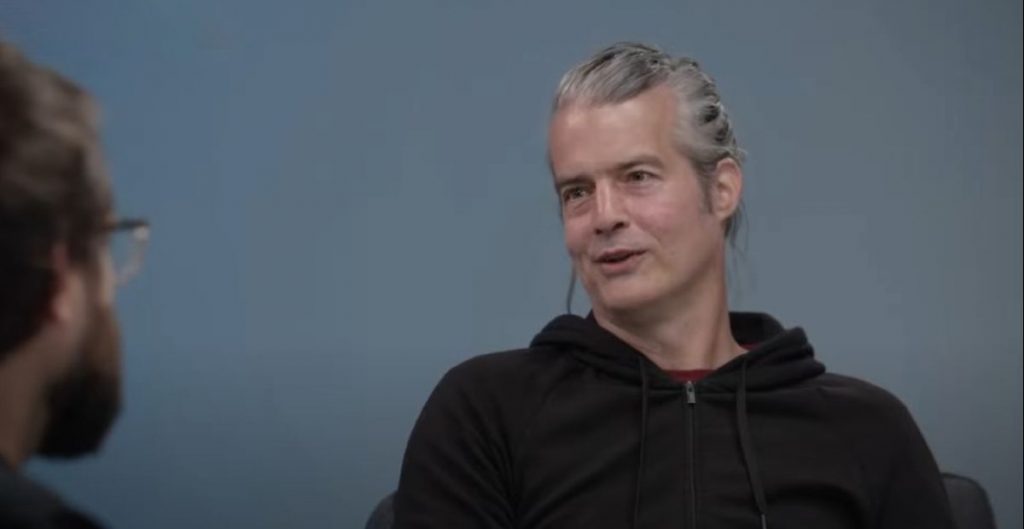 If Bungie co-founder and longtime creative lead Jason Jones is famous for anything, it’s for trying not to be famous. Since finishing Halo 2 in 2004, he’s mostly avoided the limelight, only rarely appearing in interviews or videos to hype up a rare new Bungie game like Destiny. As part of Bungie’s livestream event for Destiny 2’s new Season of the Lost, Jones sat down for a short interview with Destiny 2 director Luke Smith to talk about his career as well as where he thinks computers are headed over the next 20 years. It turns out Jones has strong feelings about the impending popularity of augmented reality.

Looking back on Halo 2, Jones marveled at how little he and the rest of Bungie knew about making games compared to now, particularly in how they organize a studio.

“Back then it was almost just this snowball that was rolling downhill, of people who liked our games and came to the company and then the snowball rolled a little faster. It was just a bunch of people trying to do their best, trying to recreate the feelings that they had when they played games. You can get pretty far on passion and talent but it sometimes makes things really hard when you’re not being thoughtful about the organization of the team, the design of the product relative to the resources and time you have. It made Halo 2 super challenging for a bunch of reasons.

“Past Jason would tell me ‘you’re an idiot, we were thinking of all that stuff! You just had to learn!’ But when I look back, he wasn’t thinking about that stuff. He was just thinking about the game. But I think my past self is not really that sharp. Every year we’ve learned so much.”

Thinking about how people work together at Bungie is clearly a key thing for Jones now, and sounds like a lesson he learned the hard way during the making of the first Destiny, which had a famously difficult development. So did Halo 2—when reminiscing about a time he overheard two Halo fans talking about the game, he talked about the pride of creating an “experience that wouldn’t have existed without you bleeding buckets of blood into whatever code or design.”

Jones didn’t delve into Halo 2’s months of crunch, but he did talk about making Destiny—specifically, learning the importance of having someone on the development team who is evaluating what the team is missing and making sure everyone is communicating, and ensuring that their design dreams are compatible with reality.

Jones said he saw game development as “a calendar and a schedule,” and those constraints once irritated him. “But god, embracing all that stuff is a thing that will be front and center in anything that I do in the future,” he said. I think it’s making sure that everyone on the team has an objective understanding of reality and doing anything we can to fix it when that isn’t true. I didn’t understand that when I started Destiny 1. Destiny 1 made me understand that.”

Still, Jones wasn’t totally down on his past self, saying that he was impressed by some of his work for the original Halo he recently re-discovered.

“I look back and I think ‘that guy must be an idiot’ because look at all the stuff I learned just this year. On Halo 1 I didn’t know anything,” he said. “But I found one of my notebooks from Halo 1. That guy wasn’t an idiot. There’s stuff he didn’t know, but there’s a lot of super interesting exploration and thought and possibilities that didn’t end up in the game in there. So I don’t know what to make of that. I feel like I’ve learned so much, but when I go back I’m sort of blown away by what was happening in my mind.”

Jones has been a developer since the early ’90s; he first programmed an online-only game that required then-uncommon dial-up motors, then followed it with a cutting edge first-person shooter/adventure called Pathways Into Darkness. After that came Halo’s FPS predecessor Marathon. For years before Bungie announced Destiny publicly Jones was working in secret on the game, aiming to create a massively multiplayer shooter with a shared online universe.

Jones has obviously been fascinated with what game technology is capable of for a long time, and he seems convinced that augmented reality is inevitably going to replace screens as we know them today.

Jones also speculated that AR becoming ubiquitous will guarantee a long-term need for high performance personal computers or other devices, rather than everything moving to the cloud. There will still be cloud computing, of course, but AR will require high framerate performance that will work better with local devices than streaming.

And what about games? As a first-person shooter developer, he doesn’t seem too worried. Which is probably a good thing, considering Bungie has another game aside from Destiny 2 in development.

“I don’t think there’s going to be a whole new slew of games that can only happen in AR,” he said. “There’s definitely going to be some. But I think in a lot of cases what’s going to happen is people are going to throw away their TV and have a way bigger TV [through their glasses], or they’re going to go to a totally virtual space that has a bigger screen. They might play some tabletop or strategy games in a different way, but I think people are always going to be playing first-person shooters with some kind of input device on a virtual window in their visual field. I think a bunch of stuff we’re great at doesn’t get tipped over by this.”