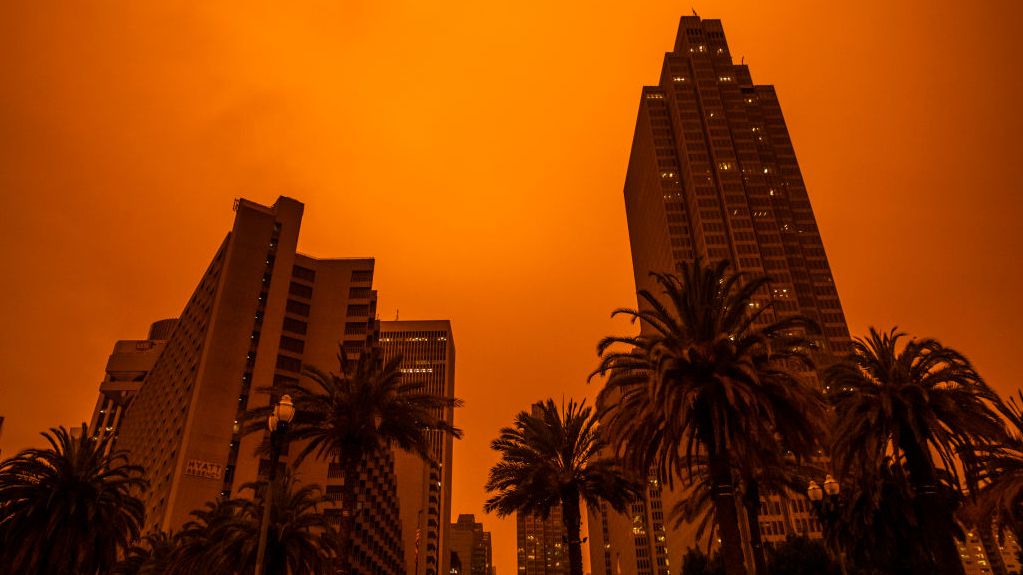 If you were following California’s wildfire season this time last year, you probably remember those few wild days when San Francisco residents woke up to an unsettling, ash-filled red and yellow sky. The pictures were enough to make you briefly think that the San Francisco Bay Area had somehow teleported to the surface of Mars.

While the rest of us were gawking, one Sledgehammer Games senior lighting artist was pointing a camera straight up at the sky, capturing this rare view before it cleared up.

Associate art director Sandy Lin-Chiang recounted the story during a recent Call of Duty: Vanguard press briefing. “It was so daunting, but our senior lighter Cecil Powell decided he’s just going to go capture the sky,” she said.

The photos Powell took of San Francisco’s mustardy-red sky would eventually become the skybox for a campaign mission in Vanguard. “I looked at the result and was like, ‘This is Stalingrad,'” Lin-Chiang said. A bombed-out, burning Stalingrad, to be exact. I got a few brief glimpses at the digitized Stalingrad sky in a video presentation and I could definitely see the yellowish resemblance to the 2020 California wildfires that burned over 4 million acres of land and killed 33 people.

It’s a cool, if not grim, detail, but do you really need to capture an actual burning sky to make a convincing replica in a videogame? Probably not, but Lin-Chiang said it’s standard practice for Sledgehammer. “We always capture our skies. We have this equipment to capture the panoramic view.”

I’ve never thought much about the creation of skyboxes in videogames, but it makes sense that most (if not all?) of them start with an actual picture of a sky somewhere. Now I’m wondering how many studios go outside and point a camera at the sky and how many just use existing pictures from elsewhere.

At least I won’t have any of these questions when I play Vanguard’s campaign. When I get to that Stalingrad mission, I reckon I’ll stop for a minute to look at the sky and think, “Hey, that’s California.”

Speaking of Vanguard’s campaign, I also saw a good chunk of gameplay from an early mission. Check out our hands-off preview for details.