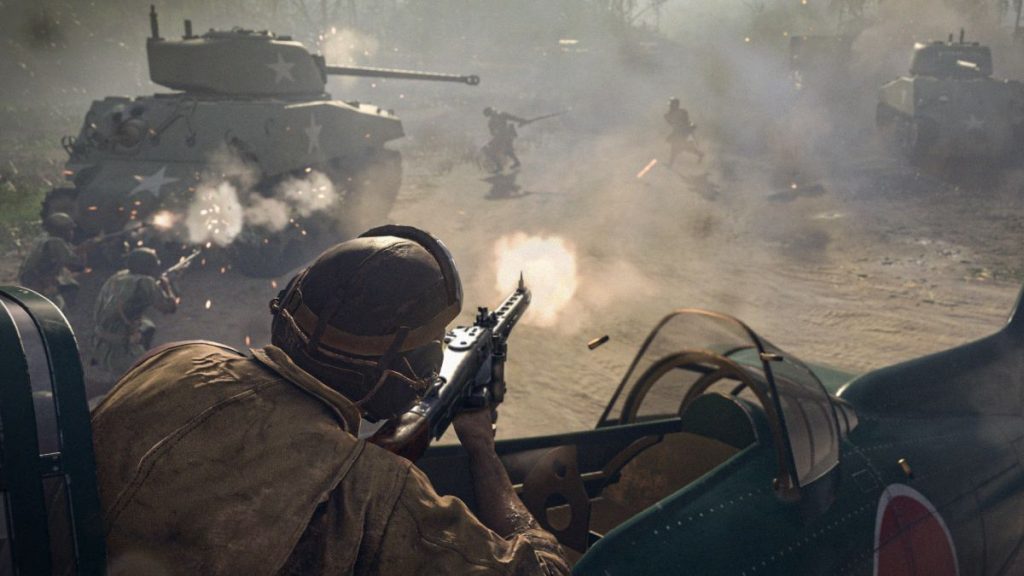 One of the quickest ways to get burnt out on any multiplayer FPS is to get bored of the maps. That was one of the loudest complaints I heard when Call of Duty: Black Ops – Cold War launched last year with eight standard 6v6 maps. Almost a year later, I’d be happy to never play another round of Miami. Sledgehammer Games hopes map burnout won’t be a problem for Call of Duty: Vanguard, which will come stocked with 20 maps at launch.

Because every CoD has to come out swinging with a new marquee mode, Reisdorf also shared a few details on Champion Hill, described as “battle royale plus Gunfight.” Eight teams (presumably duos) will duke it out with the last squad standing taking the win. Sounds a little gimmicky, but I’m more on board for Gunfight with a twist than Cold War’s forgettable 40-player Fireteam mode (I had to use google to remember what it was called).

Vanguard’s maps will span every major theater of the war: the Eastern front, Western front, North Africa, and the Pacific.

All 16 maps will support new matchmaking preferences that modify the max number of players in every mode. From the playlist, players will be able to choose between Tactical (lower player count), Standard (your typical 6v6), and Blitz (higher player count). Reisdorf didn’t specify the max player counts in the two non-standard modes, but I would guess Tactical halves the match to 3v3 while Blitz is at least an 8v8. Player counts for each setting will apparently vary by the size of the map.

In any other game I’d say this setup could fragment the community and lead to long queue times, but crossplay should be able to populate them.

It’s an interesting approach to mode variety that gives players more freedom than in recent years. Since Modern Warfare 2019, variant modes with fewer or more players have cycled in and out of the game on a weekly basis. That will also be the case in Vanguard, it seems, but these three matchmaking modes ensure that players who prefer a smaller, less chaotic experience can find it (assuming enough people are also queueing for it).

Lots of other Vanguard news dropped today, as well. We got a good look at one of Vanguard’s campaign missions and learned that Vanguard runs on the Call of Duty: Warzone engine.