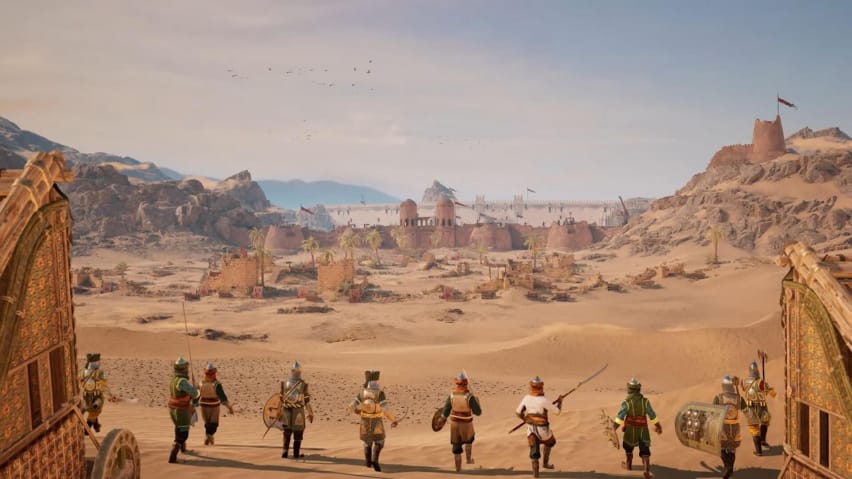 Multiplayer medieval hack-and-slash battler Chivalry 2 has sold 2 million copies since its release last year. To celebrate the milestone, Torn Banner revealed more of what’s coming next to the game, and there are a few fun additions you should look forward to if you’re a Chivalry 2 fan.

Back in August 2021, Chivalry 2 celebrated selling a million copies in the two months following its June launch. Now, the game has crossed the 2 million mark, and Torn Banner is sharing some more information regarding what’s coming next to its multiplayer medieval melee fighter. In a new developer diary video uploaded to publisher Tripwire Interactive’s YouTube channel, the devs discuss the recent Tenosian Invasion update and how it’s influencing new content coming to the game soon.

First up, Torn Banner is introducing lots of new weapons inspired by the in-game nation of Tenosia. These include a new quick-bladed fist weapon called the Katar, as well as curved scimitar-style swords and longbows. The team is also planning to introduce new snow and ice-themed biome, as well as a new Hippodrome map, which will revolve largely around mounted horse combat. Torn Banner says that cross-play party social support, which is an oft-requested feature by the game’s community, is also on its way. We don’t have a time frame for these updates yet, but Torn Banner is working on them, so expect more info about them pretty soon.

Chivalry 2 is the follow-up to 2012’s Chivalry: Medieval Warfare. Like its predecessor, the sequel is a multiplayer medieval weaponry-based hack-and-slash battler, with a diverse range of weapons available to do battle with. After a somewhat rocky launch, Chivalry 2 went on to sell a million copies within just a couple of months on sale. Since launch, the developers have continued to update the game with new content on a regular basis, as well as releasing a Chivalry 2 Steam version last month.

You can grab Chivalry 2 right now on PC and consoles, where it’ll set you back $39.99. If you’re just getting into the game and looking for some guidance, make sure to check out our Chivalry 2 beginners’ guide, where we break down everything the game has to offer in your first handful of hours with it. Be sure also to check out our class guide, which should give you a good idea of which class to opt for in order to maximize your team synergy and win more games.